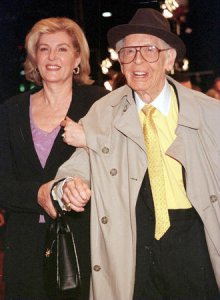 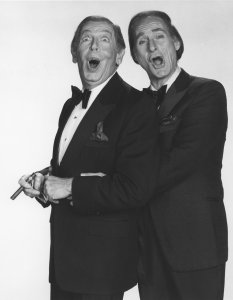 Top News // 2 years ago
The Almanac
On July 12, 1979, thousands of spectators at a Chicago White Sox game rushed the field at Comiskey Park, declaring disco dead.

Our theme is 'We Drink, We Smoke, We Gamble,' Throw in a lotta laughs and that's not a bad formula for longevity is it

Our theme is 'We Drink, We Smoke, We Gamble,' Throw in a lotta laughs and that's not a bad formula for longevity is it

Hope you will keep that dressing room longer than I did

Milton Berle's Private Joke File: Over 10,000 of His Best Gags, Anecdotes, and One-Liners

Milton Berle (July 12, 1908 – March 27, 2002) was an Emmy-winning American comedian and actor. As the manic host of NBC's Texaco Star Theater (1948–55), he was the first major star of television and as such became known as Uncle Miltie and Mr. Television to millions during TV's golden age.

Born Milton Berlinger in a five-story walkup at 68 West 118th Street in the Harlem neighborhood of Manhattan, he chose Milton Berle as his professional name when he was 16. His father, Moses Berlinger, was a paint and varnish salesman. His mother, Sarah (Sadie) Glantz Berlinger (1890–1968), eventually became stagestruck and changed her name to Sandra Berle when Milton became famous.

Berle appeared as a child actor in silent films, beginning with The Perils of Pauline, filmed in Fort Lee, New Jersey. The director told Berle that he would portray a little boy who would be thrown from a moving train. In Milton Berle: An Autobiography, he explained, "I was scared shitless, even when he went on to tell me that Pauline would save my life. Which is exactly what happened, except that at the crucial moment they threw a bundle of rags instead of me from the train. I bet there are a lot of comedians around today who are sorry about that."

FULL ARTICLE AT WIKIPEDIA.ORG
This article is licensed under the GNU Free Documentation License.
It uses material from the Wikipedia article "Milton Berle."
Back to Article
/