Hilary Duff brings 'How I Met Your Father' to Hulu 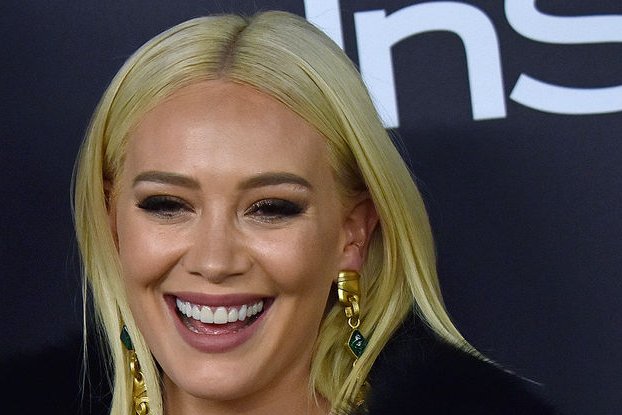 Hilary Duff will star in and produce "How I Met Your Father" on Hulu. File Photo by Christine Chew/UPI | License Photo

Hilary Duff has joined Hulu's sequel to "How I Met Your Mother." File Photo by David Silpa/UPI | License Photo

April 21 (UPI) -- Hulu announced Wednesday that it has ordered How I Met Your Father to series. Hilary Duff will star in and produce what Hulu is calling a sequel to How I Met Your Mother.

How I Met Your Mother ran for nine seasons on CBS and featured Ted Mosby (Josh Radner) telling his children in the future the convoluted story of how their parents met. Cobie Smulders, Jason Segal, Alyson Hannigan and Neil Patrick Harris played Ted's friends.

In the Hulu series, Duff will play Sophie, a woman telling her children the story of their parents' meeting. Her flashback begins in the present day of 2021. The show promises to address the world of dating apps which emerged after the series finale of Mother in 2014.

Isaac Aptaker and Elizabeth Berger created Father. They previously worked on This Is Us, wrote the movie Love, Simon and created its spinoff Love, Victor. Mother co-creators Carter Bays and Craig Thomas praised their new take.

"Kids, I'm going to tell you an incredible story," Bays and Thomas said in a statement. "It's the story of how two writers got lucky enough to make their dream TV show for nine seasons and now get to pass the torch to an inspired new creative team with their own incredible story to tell."

CBS attempted a follow-up series in 2014. Greta Gerwig wrote the pilot and was set to star in How I Met Your Dad, but the show did not move forward.

Duff tried to bring back her Disney sitcom Lizzie Maguire in 2020. Duff and creator Terri Minsky parted ways with Disney over their take on an edgier, more grown-up Lizzie and Duff was unable to revive the show elsewhere.

Hulu has greenlit 10 episodes for the first season.