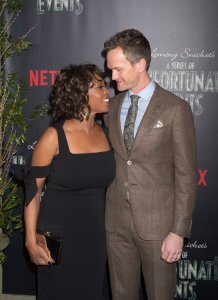 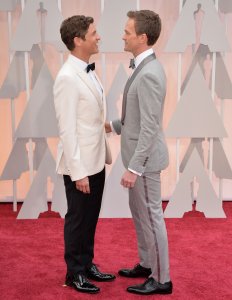 TV // 8 months ago
'F is for Family' teaser introduces Neil Patrick Harris, Patti LuPone
"F is for Family," an animated comedy starring Bill Burr, Laura Dern and Justin Long, will return for a fifth and final season on Netflix in November.

The discipline of live theater -- doing the same perfect thing night after night, eight times a week -- never ceases to amaze me

I was written into the script, so I figured it was best that I play myself

Eric Braeden is a D-Bag. The actor, (Robin's dad) agreed to a cameo, then last night bailed, saying the part wasn't 'substantial' enough

I really don't know who that fellow is. He's a guy who stars in that series

Prominent roles of his career include the title role in Doogie Howser, M.D., Colonel Carl Jenkins in Starship Troopers, the womanizing Barney Stinson in How I Met Your Mother, a fictionalized version of himself in the Harold & Kumar series, Patrick Winslow in The Smurfs, and the title role in Joss Whedon's musical web series Dr. Horrible's Sing-Along Blog.

FULL ARTICLE AT WIKIPEDIA.ORG
This article is licensed under the GNU Free Documentation License.
It uses material from the Wikipedia article "Neil Patrick Harris."