Hugh Grant to reflect on career in BBC documentary

Hugh Grant (L), pictured with Anna Elisabet Eberstein, will tell the story behind his success in the BBC Two special "Hugh Grant: A Life on Screen." File Photo by Jim Ruymen/UPI. | License Photo

Nov. 26 (UPI) -- Hugh Grant will reflect on his career as an actor in a new BBC documentary.

The BBC announced in a press release Tuesday that Grant, 59, will appear in the BBC Two special Hugh Grant: A Life on Screen.

The 60-minute film will showcase Grant's work and feature an in-depth interview with the actor. Grant will tell the story behind his success in film and television.

The program will also include interviews with Grant's friends and colleagues, including Andie MacDowell, Richard Curtis, Sandra Bullock, Colin Firth and Nicholas Hoult.

Grant recently appeared in the BBC One miniseries A Very English Scandal and will star with Nicole Kidman in the new HBO miniseries The Undoing. He will also appear with Matthew McConaughey, Charlie Hunnam and Henry Golding in the film The Gentlemen.

Hugh Grant: A Life on Screen is produced by Whizz Kid Entertainment and BAFTA Productions, with Katherine Allen and Clare Brown as executive producers. The special will air around the Christmas holiday.

TV // 16 minutes ago
Ariana Grande takes her coach's chair in 'The Voice' Season 21 teaser
July 28 (UPI) -- Ariana Grande will serve as a coach alongside Kelly Clarkson, John Legend and Blake Shelton in "The Voice" Season 21.

TV // 2 hours ago
'Arthur': PBS Kids series to end after Season 25
July 28 (UPI) -- "Arthur," an animated children's series based on the Marc Brown book series, will conclude with a final season premiering in 2022. 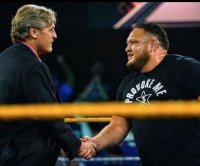 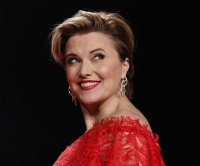