The preview opens with Elizabeth celebrating her Silver Jubilee, or 25 years on the throne. She must navigate a changing Britain, including mining strikes, economic troubles and a new Labor prime minister, Harold Wilson (Jason Watkins).

"On days like today, ask yourself: In the time I've been on the throne, what have I actually achieved?" Elizabeth says.

"This country was still great when I came to the throne," she later adds. "All that's happened on my watch is the place has fallen apart."

In addition, Elizabeth must contend with family tensions. Her son Prince Charles (Josh O'Connor) is not feeling seen or heard and begins to fall for Camilla Parker Bowles (Emerald Fennell), while her sister, Princess Margaret (Helena Bonham-Carter), is tired of playing second fiddle.

"Frustrations and resentments can build up from a life as a support act," Margaret says. 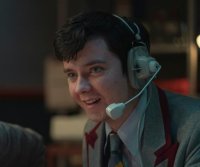 TV // 19 hours ago
John Cena says he will return to WWE: 'I haven't had my last match'
June 24 (UPI) -- John Cena confirmed that he will be returning to WWE while appearing on "The Tonight Show Starring Jimmy Fallon."

TV // 1 day ago
Nathanya Alexander: New 'Genera+ion' episodes reveal vulnerable side
LOS ANGELES, June 24 (UPI) -- "Genera+ion" star Nathanya Alexander describes the upcoming struggles of her teenage character, and the homework she did to elaborate on her role. New episodes are released Thursdays on HBO Max.
Advertisement