"Morbius" star Jared Leto arrives on the red carpet at The Metropolitan Museum of Art's Costume Institute Benefit on May 2019. Sony Pictures has delayed the film until March 19, 2021. File Photo by John Angelillo/UPI | License Photo

March 31 (UPI) -- Sony Pictures has announced that its upcoming slate of films including Ghostbusters: Afterlife and Morbius have been pushed back until 2021 amid the COVID-19 pandemic.

Ghostbusters: Afterlife, from director Jason Reitman, has been moved from July 10 to March 5, 2021.

Finn Wolfhard, Paul Rudd, Mckenna Grace and Carrie Coon star in the film which will act as a sequel to 1984's Ghostbusters and 1989's Ghostbusters II. Original stars Bill Murray, Dan Akroyd, Ernie Hudson and Sigourney Weaver will be returning.

Morbius, a Spider-Man spinoff film, has been moved from July 31 to March 19, 2021. Jared Leto stars in the project as a the titular vampire who becomes a Spider-Man villain in the pages of Marvel Comics.

Kevin Hart drama Fatherhood was the only film moved up, with the project now releasing on Oct. 23 instead of Jan. 15, 2021.

The delays come as COVID-19 has shut down movie theaters around the world, causing studios to delay new films and release others early for digital platforms as viewers stay home.

Disney has postponed the releases of Mulan and Marvel film Black Widow with no release date announced. Warner Bros. has moved DC's Wonder Woman 1984 to Aug. 14 after it was set to be released on June 5.

The 51st annual Songwriters Hall of Fame induction ceremony has also been delayed by the pandemic. The event has been pushed back a year and will now take place on June 10, 2021. 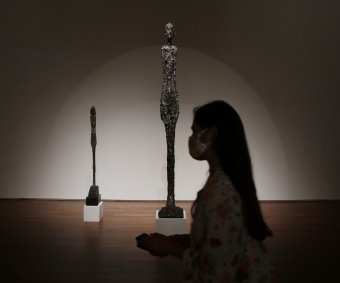