Movies // 1 week ago
'Princess Bride' remake with Jennifer Garner, Joe Jonas, Sophie Turner debuting Monday
A remake of the classic comedy adventure, "The Princess Bride," has been filmed from actors' homes during the coronavirus pandemic.

Movies // 2 weeks ago
Halle Berry's 'Bruised,' 'Ammonite' with Kate Winslet set for TIFF 2020
The 2020 Toronto International Film Festival announced its lineup on Wednesday and explained how the event will proceed from Sept. 10 to 19 amid the COVID-19 pandemic.

Movies // 3 months ago
Sony delays new 'Ghostbusters,' 'Morbius' to 2021
Sony Pictures has announced that its upcoming slate of films including "Ghostbusters: Afterlife" and "Morbius" have been pushed back until 2021 amid the COVID-19 pandemic. 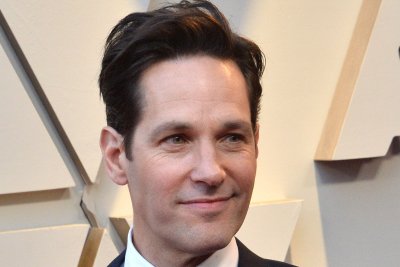 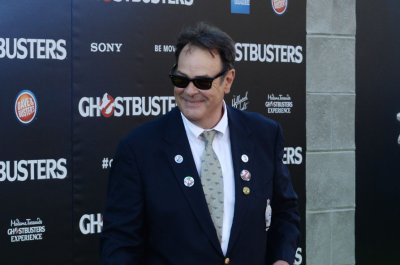 Entertainment News // 1 year ago
'Ghostbusters' video game getting remastered for PS4, Switch
"Ghostbusters: The Video Game," which was orginally released in 2009, is being remastered for the PlayStation 4, Nintendo Switch, Xbox One and PC through the Epic Games store.

No one could be more sensitive to this idea than myself. My wife and daughter are Chinese, and my sister is adopted

Jason Reitman (born October 19, 1977) is a film director, screenwriter, producer, and actor, best known for directing the films Thank You for Smoking (2006), Juno (2007), and Up in the Air (2009). As of February 2, 2010, he has received four Academy Award nominations, two of which are for Best Director. Reitman is a citizen of both Canada and the United States.

Reitman was born in Montreal, Quebec. His mother, Geneviève Robert, is a French-Canadian actress sometimes billed as Geneviève Deloir. His father is Canadian-Jewish comedy director Ivan Reitman, who was born in Czechoslovakia to Holocaust survivors. Reitman has two younger sisters, Catherine and Caroline. When he was still a child, his family moved to Los Angeles. His father, Ivan, directed the successful films Ghostbusters, Stripes, and Kindergarten Cop. Jason described his childhood self as "a loser... a movie geek... shy." In the late 1980s, Reitman began appearing in small acting parts and serving as a production assistant on his father's films. He spent time in the editing rooms of his father's movies, learning the process. Throughout his 20s, instead of accepting offers to make commercial feature films, Reitman began making his own short films and directing commercials. Although he was offered the opportunity to direct Dude, Where's My Car? on two separate occasions, he declined.

Reitman graduated from the Harvard-Westlake School in 1995; Reitman was a high jumper in High School. Reitman went on to major in English/Creative Writing at the University of Southern California.

FULL ARTICLE AT WIKIPEDIA.ORG
This article is licensed under the GNU Free Documentation License.
It uses material from the Wikipedia article "Jason Reitman."
Back to Article
/