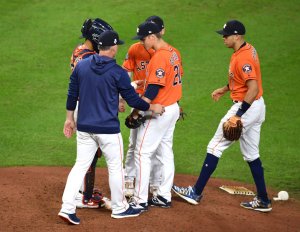 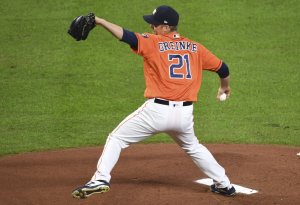 MLB // 6 months ago
Astros edge Rays 4-3 to avoid being swept out of ALCS
The Houston Astros avoided elimination and a sweep in the American League Championship Series on Wednesday night with a narrow victory in Game 4.

MLB // 6 months ago
Rays one win from World Series after beating Astros in Game 3 of ALCS
The Tampa Bay Rays are just one win away from the World Series after they used a five-run sixth inning to beat the Houston Astros Tuesday night in Game 3 in the American League Championship Series. 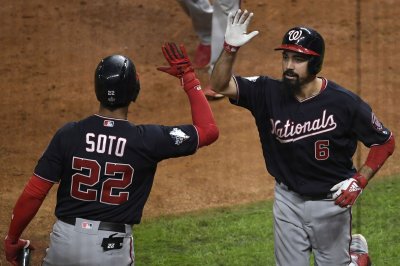 MLB // 1 year ago
World Series: Astros rebound for Game 3 win over Nationals
The Houston Astros climbed back into the World Series with a 4-1 win over the Washington Nationals on Friday night at Nationals Park to cut their deficit to 2-1 in the best-of-seven series.

When it first hit him, I assumed it was just like any other hit batter

Greinke was born in Orlando, Florida. After being named the Gatorade National Player of the Year in 2002, he was selected out of Apopka High School in the first round of the 2002 draft. Greinke turned down a scholarship to Clemson to sign with the Royals.

FULL ARTICLE AT WIKIPEDIA.ORG
This article is licensed under the GNU Free Documentation License.
It uses material from the Wikipedia article "Zack Greinke."
Back to Article
/