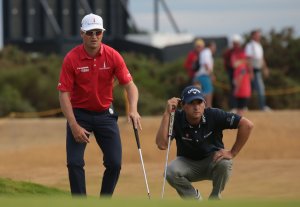 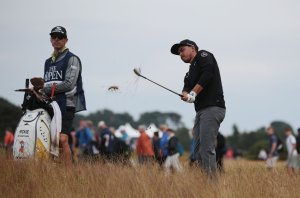 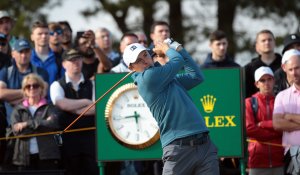 Sports News // 1 year ago
NASCAR finale, Notre Dame-Clemson highlight weekend sports action
Drivers will complete in NASCAR's 2020 finale on Sunday in Avondale, Ariz., to highlight the weekend sports schedule. Notre Dame and Clemson will battle Saturday in one of the most-anticipated football games of the year.

Odd News // 1 year ago
Sand dollar found off Florida coast could be world's largest
The captain of a charter boat in Florida said one of his customers found a giant sand dollar that might be a new Guinness World Record.

Sports News // 1 year ago
U.S. Open golf 2020: Tee times, how to watch, betting favorites
Golfers are at Winged Foot Golf Club and ready to begin play in this week's U.S. Open from Thursday through Sunday in Mamaroneck, N.Y.

I know it's hard to back up a round like that, and I certainly didn't play my best today, but there was times there when I could have gone further south

It kind of feels like you're playing in a dome

I never really believed in destiny, but I'm starting to believe it

I'm not sure what it is, but for whatever reason, I've had success in this state

Zachary Harris Johnson (born February 24, 1976) is an American professional golfer on the PGA Tour and the 2007 Masters champion.

The son of a chiropractor, Johnson was born in Iowa City, Iowa and raised in Cedar Rapids, the oldest of Dave & Julie Johnson's three children. Playing many sports as a youth (baseball, basketball, football, and soccer), Johnson took up golf at age 10 and developed his skills at Elmcrest Country Club. He played #2 on the Regis High School golf team and led them to an Iowa 3A state championship in 1992, his sophomore year.

Following graduation from high school in 1994, Johnson enrolled at Drake University in Des Moines. As the #2 player on the Drake golf team, he led the Bulldogs to three NCAA regional meets and two Missouri Valley championships. Johnson's uncle, Tom Harris, qualified for the 1975 NAIA national tournament. Johnson has admitted to not being the best player on his high school or college team, but was quoted in his Masters speech saying, "I just kept getting better every year."

FULL ARTICLE AT WIKIPEDIA.ORG
This article is licensed under the GNU Free Documentation License.
It uses material from the Wikipedia article "Zach Johnson."