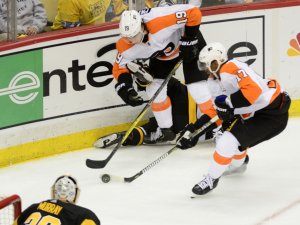 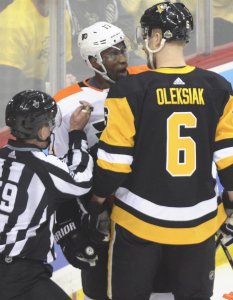 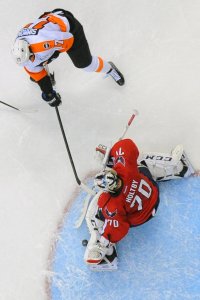 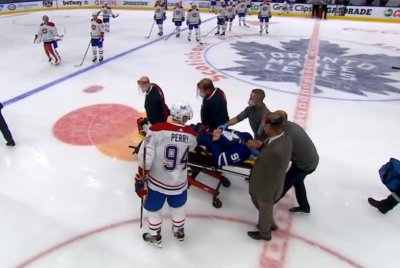 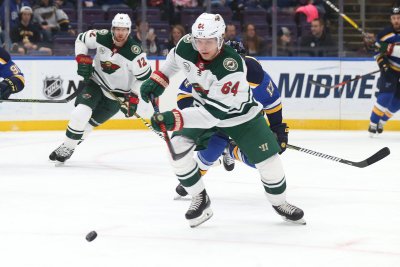 Sports News // 2 years ago
Streaking Flyers host Panthers
Back on Oct. 16, the Flyers blew a three-goal lead but managed to pull out a 6-5 shootout victory over the Florida Panthers in Philadelphia. 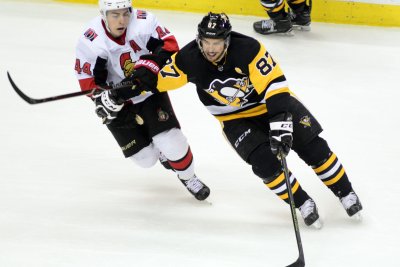 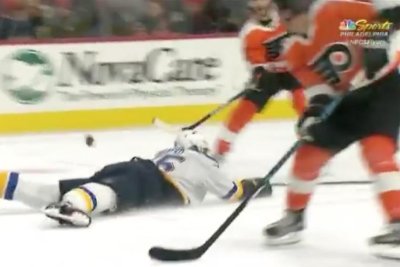 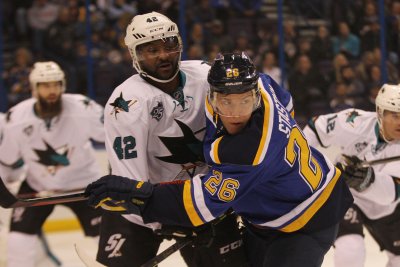 Wayne Simmonds (born August 26, 1988) is a Canadian professional ice hockey player, currently playing as a right winger for the Los Angeles Kings of the National Hockey League (NHL). Known to teammates by the nickname Simmer, he is one of a small number of black players in the league.

Simmonds grew up in Scarborough, Ontario, the third of four sons, in addition to one daughter, born to Cyril Simmonds and Wanda Mercury-Simmonds. Despite his proximity to the Toronto Maple Leafs, Simmonds has said that he grew up a fan primarily of the Detroit Red Wings. He is of Black Nova Scotian descent.

At age 16, Simmonds played youth hockey with the Toronto Jr. Canadiens of the Greater Toronto Hockey League in the 2004–05 season. He then moved up to junior hockey with the Brockville Braves of the Central Junior A Hockey League for the 2005–06 season. He finished his junior career playing in the Ontario Hockey League from 2006 until 2008, with the Owen Sound Attack and the Sault Ste. Marie Greyhounds. He also played for Team Canada at the 2008 World Junior Ice Hockey Championships. While playing with the Jr. Canadiens, Simmonds became friends with Chris Stewart, another black player who went on to an NHL career. The two would later purchase a house together in Toronto, where they live during the off-season.

FULL ARTICLE AT WIKIPEDIA.ORG
This article is licensed under the GNU Free Documentation License.
It uses material from the Wikipedia article "Wayne Simmonds."
Back to Article
/