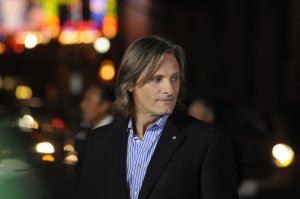 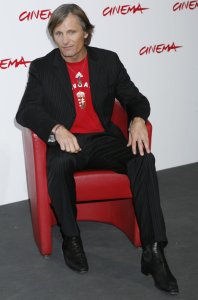 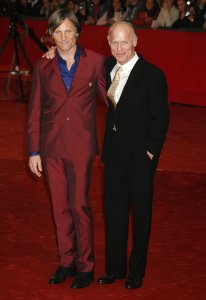 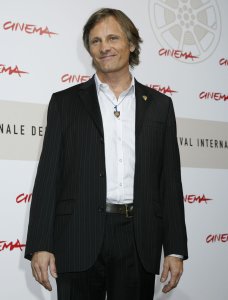 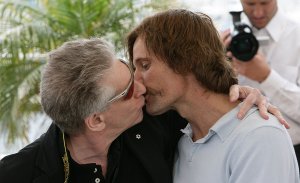 Movies // 7 months ago
Halle Berry's 'Bruised,' 'Ammonite' with Kate Winslet set for TIFF 2020
The 2020 Toronto International Film Festival announced its lineup on Wednesday and explained how the event will proceed from Sept. 10 to 19 amid the COVID-19 pandemic.

Entertainment News // 7 months ago
Golden Globes 2021 postponed to Feb. 28
The 2021 Golden Globe Awards were moved from January to February due to concerns about the coronavirus (COVID-19) pandemic.

Entertainment News // 8 months ago
'Lord of the Rings' cast to reunite Sunday on Josh Gad's web series
Elijah Wood, Sean Astin, Orlando Bloom, Ian McKellen and other "Lord of the Rings" stars appear in a trailer for Sunday's episode of "Reunited Apart."

It was a real disservice, not only to Hopkins and his family, but it was disrespectful to those Native Americans

Most of the interviewers said, 'Well, none of it's true,

His film roles include Aragorn in Peter Jackson's The Lord of the Rings film trilogy, Frank T. Hopkins in Hidalgo, Tom Stall in David Cronenberg's A History of Violence, and his Academy and Golden Globe Award-nominated role as Nikolai Luzhin in Cronenberg's Eastern Promises. He also stars in the film adaptation of Cormac McCarthy's novel The Road as "The Man".

Mortensen was born in New York City. His American mother, Grace Gamble (née Atkinson), and Danish father, Viggo Peter Mortensen, Sr., met in Norway. His maternal grandfather was from Nova Scotia, Canada. His family moved to Venezuela, Denmark, and Argentinian cities Córdoba and Buenos Aires, where he learned Spanish. His father managed chicken farms and ranches in Argentina. They remained there until Mortensen was eleven, when his parents divorced and his mother moved back to New York. He moved with his father to Copenhagen, Denmark. Mortensen and his father eventually went back to the United States, where he graduated from Watertown High School in Watertown, New York. After high school, he returned to Denmark and became a truck driver in Esbjerg, Denmark, before again returning to the United States to pursue an acting career. He attended St. Lawrence University in Canton, New York, earning a bachelor's degree in Spanish. He chose that subject because he could get good grades without a lot of study, leaving him free to be in a lot of plays. At his commencement, he refused to wear an academic gown because they were made by sweatshop workers. However, after the Lord of the Rings trilogy, when he was granted an honorary doctorate by his alma mater, he did appear in the appropriate robes.

FULL ARTICLE AT WIKIPEDIA.ORG
This article is licensed under the GNU Free Documentation License.
It uses material from the Wikipedia article "Viggo Mortensen."
Back to Article
/