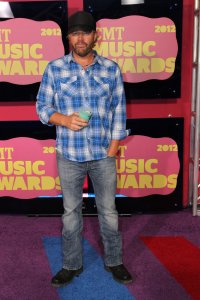 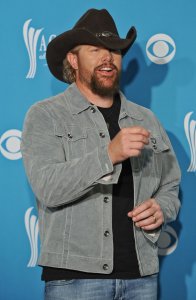 Entertainment News // 1 year ago
Toby Keith helps surprise military mom on Fourth of July
Country star Toby Keith embraced a military mom after a surprise message from her son and performed on "Today."

Entertainment News // 3 years ago
Toby Keith's daughter Krystal says she and her family were in 'horrific' car crash
Krystal Keith -- the daughter of country music star Toby Keith -- says she, her husband and toddler are lucky to be alive after a "horrific" car crash. 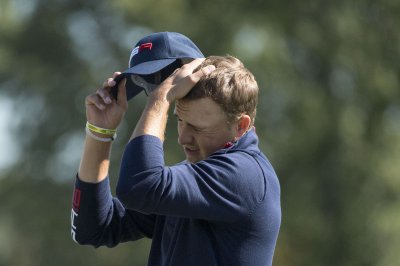 Golf // 4 years ago
Jordan Spieth surges into six-shot lead at Pebble Beach
PEBBLE BEACH, Calif. -- It's a cliche, but also an unavoidable fact of the game.

U.S. News // 4 years ago
Donald Trump inauguration schedule of events, performers and inaugural balls
The inauguration of President Donald Trump features a long list of official and semi-official events and celebrations, plus more than a few protests. Marie Osmond offers to perform at main event.

U.S. News // 4 years ago
Trump kicks off 58th inauguration on National Mall
President-elect Donald Trump capped off the first day of his inauguration events Thursday by promising to make America "greater than it's ever been before."

How do you like me now? Now that I'm on my way

I came to a point in my life where I said, 'I want my fingerprints all over my music from now on,'

At some point, we're gonna get in charge of our music again. Let's make it good for everybody

We always try to fill the middle slot on my tour with an act that's on fire, like Rascal Flatts was on the Unleashed tour

Toby Keith Covel (born July 8, 1961), best known as Toby Keith, is an American country music singer-songwriter, record producer and actor. Keith released his first four studio albums — 1993's Toby Keith, 1994's Boomtown, 1996's Blue Moon and 1997's Dream Walkin', plus a Greatest Hits package for various divisions of Mercury Records before exiting in 1998. These albums all earned gold or higher certification, and produced several chart singles, including his debut "Should've Been a Cowboy", which topped the country charts and was the most played country song of the 1990s. The song has received 3 million spins since then, according to Broadcast Music Incorporated.

Signed to Nashville DreamWorks in 1998, Keith released his breakthrough single "How Do You Like Me Now?!" that year. This song, the title track to his 1999 album of the same name, was the Number One country song of 2000, and one of several chart-toppers during his tenure on DreamWorks Nashville. His next three albums, Pull My Chain, Unleashed, and Shock'n Y'all, produced three more Number Ones each, and all of the albums were certified multi-platinum. A second Greatest Hits package followed in 2004, and after that, he released Honkytonk University.

When Dreamworks closed in 2005, Keith founded his own label, Show Dog Nashville, which became part of Show Dog-Universal Music in December 2009. He has released four studio albums on this label: 2006's White Trash with Money, 2007's Big Dog Daddy, 2008's That Don't Make Me a Bad Guy, 2009's American Ride and 2010's Bullets in the Gun as well as the compilation 35 Biggest Hits. He has also signed several other acts to the label, including Trailer Choir, Carter's Chord, Flynnville Train, Trace Adkins, Mac McAnally and Mica Roberts. Keith also made his acting debut in 2005, starring in the film Broken Bridges and co-starred with comedian Rodney Carrington in the 2008 film Beer for My Horses.

FULL ARTICLE AT WIKIPEDIA.ORG
This article is licensed under the GNU Free Documentation License.
It uses material from the Wikipedia article "Toby Keith."
Back to Article
/