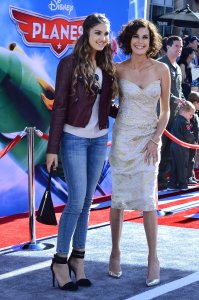 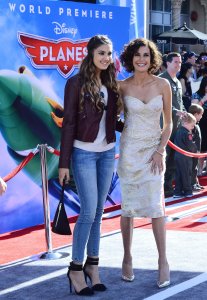 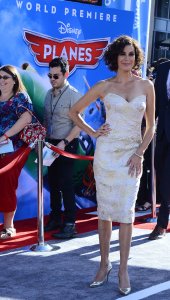 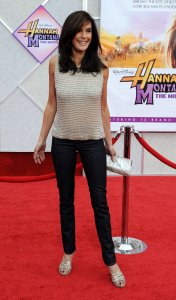 TV // 5 years ago
Erica Durance replaces Laura Benanti as Alura in 'Supergirl'
Laura Benanti has left "Supergirl" after two seasons and will be replaced in the role of the title character's mother Alura by Erica Durance for Season 3.

Entertainment News // 6 years ago
Celebrity co-stars who didn't get along
Alex Pettyfer and Channing Tatum are not the only co-stars who were not so friendly once the cameras stopped rolling.

Teri Lynn Hatcher (born December 8, 1964) is an American actress. She is best known for her television roles as Susan Mayer on the ABC comedy-drama series Desperate Housewives, and Lois Lane on the ABC sci-fi comedy-drama series Lois & Clark: The New Adventures of Superman. In 2005 her Desperate Housewives work won her the Golden Globe Award for Best Actress and the Screen Actor's Guild Award for Outstanding Performance by a Female Actress in a Comedy Series, as well as a nomination for the Emmy for Outstanding Lead Actress in a Comedy Series, which she lost to fellow cast member and close friend, Felicity Huffman.

Hatcher was born in Palo Alto, California, the daughter of Esther (née Beshur), a computer programmer who worked for Lockheed Martin, and Owen W. Hatcher, a nuclear physicist and electrical engineer. Hatcher's father is of Welsh and Choctaw Native American descent, and her mother is of half Syrian and half French/German descent. Hatcher grew up in Sunnyvale, California. Teri Hatcher took ballet lessons at the San Juan School of Dance in Los Altos. Her big debut was as the lead flying monkey in the "Wiz Of Oz." An only child, she attended Mango Junior High (now Sunnyvale Middle School), Fremont High School in Sunnyvale and De Anza College in Cupertino. As an undergraduate she studied mathematics and engineering.

In March 2006, Hatcher revealed to Vanity Fair that she was sexually abused from the age of five by Richard Hayes Stone, an uncle by marriage who was later divorced by Hatcher's aunt. Her parents, she said, were unaware of the abuse at the time. In 2002, she assisted Santa Clara County prosecutors with their indictment of Stone for a more recent molestation that led his female victim to commit suicide at the age of 14. Stone pleaded guilty to four counts of child molestation and was sentenced to 14 years in prison. In an interview appearing in Vanity Fair, Hatcher said she told the prosecutors about her own abuse because she was haunted by thoughts of the 14-year-old girl who shot herself, and feared Stone might escape conviction. Stone died of colon cancer on August 19, 2008, having served six years of his sentence.

FULL ARTICLE AT WIKIPEDIA.ORG
This article is licensed under the GNU Free Documentation License.
It uses material from the Wikipedia article "Teri Hatcher."