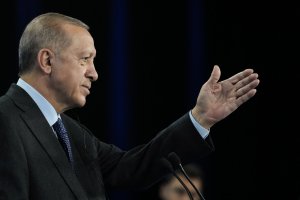 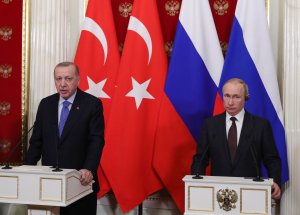 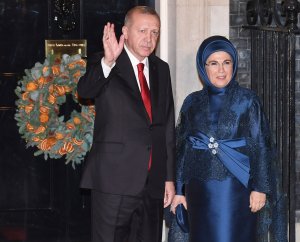 World News // 5 days ago
Turkey agrees to let Sweden and Finland join NATO
NATO Secretary-General Jens Stoltenberg said Tuesday that the military alliance has reached a deal to admit Sweden and Finland after Turkey, a previous holdout, agreed to it.

World News // 5 days ago
Biden arrives in Spain to attend NATO summit, pledges billions for food security to finish G7
President Joe Biden attended the final session of the G7 summit in Germany on Tuesday before he left for Spain to take part in a NATO Summit there, which will focus on Russia's war in Ukraine and NATO's future plans.

U.S. News // 1 month ago
Stoltenberg: Finland, Sweden to meet Turkey for talks on joining NATO
NATO Secretary General Jens Stoltenberg is to meet this week with top U.S. officials in Washington, D.C., amid an effort by Finland and Sweden to join the defensive military alliance.

World News // 1 month ago
Erdogan says talks with Sweden, Finland on NATO bids not at 'desired level'
Turkish President Recep Tayyip Erdogan on Sunday said that talks in Ankara last week with Finland and Sweden about concerns for their bid to join NATO "did not happen at the desired level."

For this reason, I say you, as the party members, should start your own campaign against the media that published false stories, and not let them enter your homes. Do not buy them

Recep Tayyip Erdoğan (Turkish pronunciation: ) (b. February 26, 1954 in Istanbul, Turkey) is a Turkish politician, a former mayor of Istanbul and the Prime Minister of the Republic of Turkey since 14 March 2003. He is also the chairman of the Justice and Development Party (AK Parti), which holds a majority of the seats in the Turkish Parliament.

Born to a Turkish family that moved from Batumi to Rize, Recep Tayyip Erdoğan grew up, in the Kasımpaşa district of Istanbul, a less than affluent neighborhood, famous for its macho honor code. Kasımpaşa men are known to be quick to anger, painfully proud and blunt in word, and he has always been proud of being one.

FULL ARTICLE AT WIKIPEDIA.ORG
This article is licensed under the GNU Free Documentation License.
It uses material from the Wikipedia article "Tayyip Erdogan."