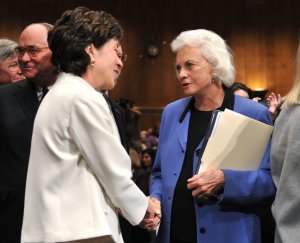 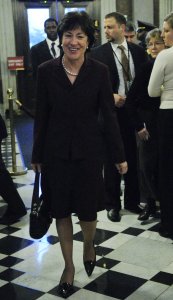 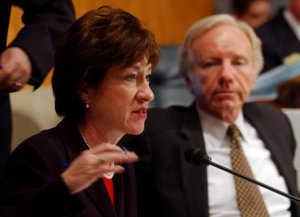 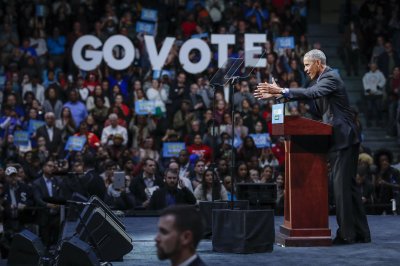 U.S. News // 4 days ago
Obama backs 118 Democrats in 'first wave' of endorsements
Former President Barack Obama released a first round of electoral endorsements on Monday, which include numerous candidates for federal office.

U.S. News // 2 weeks ago
COVID-19: Building trust key to healthcare for seniors of color, experts say
Elderly Black and Latino Americans may be less likely to get COVID-19 vaccine due to historic distrust of the healthcare system, experts told Congress on Tuesday.

U.S. News // 3 weeks ago
Jeff Sessions loses bid to regain Senate seat in Alabama primary
A slate of primary elections on Tuesday determined the challengers this fall for incumbent Sens. Doug Jones of Alabama, John Cornyn of Texas and Susan Collins of Maine. 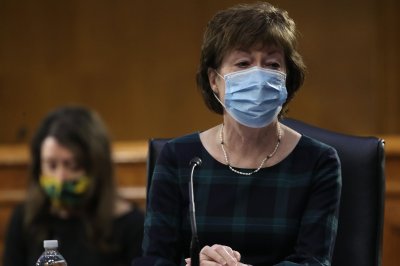 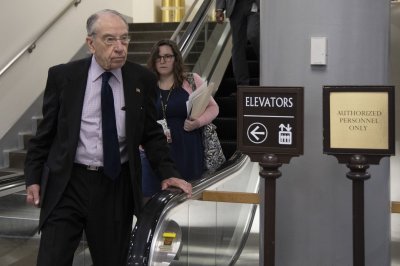 U.S. News // 6 months ago
Impeachment: Susan Collins to vote for witnesses, Lamar Alexander against
Two Republicans who had indicated they might side with Democrats in voting to allow witnesses in the impeachment trial of President Donald Trump announced their intent on Thursday night.

U.S. News // 6 months ago
Impeachment: Senators discuss Trump's motive in questioning phase of trial
With opening arguments completed, the Senate received an opportunity Wednesday to ask questions on both sides of the impeachment trial of President Donald Trump.

U.S. News // 6 months ago
Witnesses at Senate impeachment trial more likely after Bolton report
A report by The New York Times may now persuade some key Republican senators to change their minds about allowing witnesses to testify in the impeachment trial of President Donald Trump.

I'm not against getting the money back. In fact, I feel very strongly that we do need to recoup the money

The performance of the private sector -- in every case they had plans, they had prepared, and they activated those plans, positioning supplies and personnel early

The appointments of so many czars have muddied the waters, causing confusion and risking miscommunication going forward

Susan Margaret Collins (born December 7, 1952) is the junior United States Senator from Maine and a member of the Republican Party. First elected to the Senate in 1996, she is the ranking member of the Senate Committee on Homeland Security and Governmental Affairs. Collins and her fellow Senator from Maine, Olympia Snowe, are regarded as leading moderates within the Republican Party.

One of six children, Susan Collins was born in Caribou, Maine, where her family have operated a lumber business since 1844. Her parents, Donald and Patricia, each served as mayor of Caribou; her father also served in both houses of the Maine Legislature. Her uncle, Samuel W. Collins, Jr., sat on the Maine Supreme Judicial Court from 1988 to 1994. She attended Caribou High School, where she was president of the student council. During her senior year of high school in 1971, Collins was chosen to participate in the U.S. Senate Youth Program, through which she visited Washington, D.C. for the first time and engaged in a two-hour conversation with U.S. Senator Margaret Chase Smith (R-ME). Collins is the first program delegate elected to the Senate and currently holds the seat once held by Smith.

FULL ARTICLE AT WIKIPEDIA.ORG
This article is licensed under the GNU Free Documentation License.
It uses material from the Wikipedia article "Susan Collins."
Back to Article
/