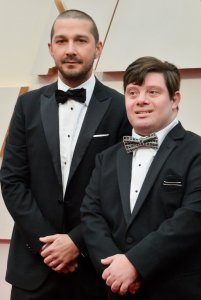 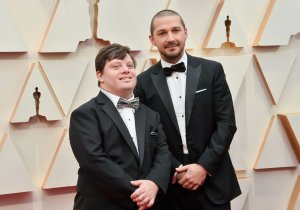 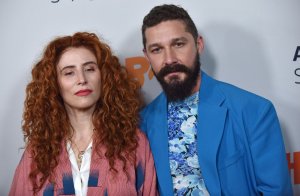 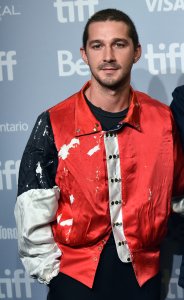 Shia Saide LaBeouf ( /ˈʃaɪə ləˈbʌf/, shy-ə lə-buff; born June 11, 1986) is an American actor who became known among younger audiences for his part in the Disney Channel series Even Stevens and made his film debut in Holes (2003). In 2007, he starred as the leads in Disturbia and Transformers. His other films include Indiana Jones and the Kingdom of the Crystal Skull, Transformers: Revenge of the Fallen, Wall Street: Money Never Sleeps (2010), and Transformers: Dark of the Moon (2011). In 2004, he made his directorial debut with "Lets Love Hate" and later shot a music video for "I Never Knew You" by rapper Cage.

LaBeouf was born in Los Angeles, California, the only child of Shayna (née Saide) and Jeffrey Craig LaBeouf. His mother is a dancer and ballerina turned visual artist and clothing jewelry designer. His father is a Vietnam War veteran who had numerous jobs. LaBeouf's mother is Jewish and his father is a Cajun. LaBeouf was raised in his mother's Jewish religion and had a Bar Mitzvah, though he was also baptized.

LaBeouf has described his parents as "hippies", his father as "tough as nails and a different breed of man", and his upbringing as similar to a "hippy lifestyle", stating that his parents were "pretty weird people, but they loved me and I loved them." The actor also accompanied his father to meetings of Alcoholics Anonymous . LaBeouf has also said he was subjected to verbal and mental abuse by his father, who once pointed a gun at his son during a Vietnam War flashback. LaBeouf says his father was "on drugs" during his childhood and was placed in drug rehabilitation for heroin addiction while LaBeouf's mother was "trying to hold down the fort." His parents eventually divorced, mainly due to financial problems, and LaBeouf had what he has described as a "good childhood", growing up poor in Echo Park with his mother, who worked selling fabrics and brooches. LaBeouf's uncle was going to adopt him at one stage because his parents could not afford to have him anymore and "they had too much pride to go on welfare or food stamps." As a way of dealing with his parents' divorce, he would perform for his family, mimicking his father. LaBeouf remains close to and financially supports both of his parents.

FULL ARTICLE AT WIKIPEDIA.ORG
This article is licensed under the GNU Free Documentation License.
It uses material from the Wikipedia article "Shia LaBeouf."
Back to Article
/