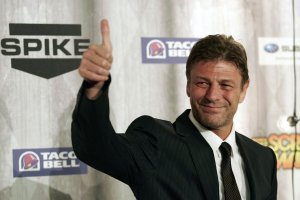 TV // 1 week ago
'In My Skin,' Jodie Comer, Sean Bean win BAFTA TV Awards
"In My Skin" was declared Best Drama Series at the BAFTA TV Awards ceremony in London on Sunday.

TV // 9 months ago
TNT orders Season 4 of 'Snowpiercer'
TNT has ordered a fourth season of its post-apocalypstic train drama, "Snowpiercer."

TV // 1 year ago
TNT orders Season 3 of 'Snowpiercer' ahead of Season 2 premiere
TNT said Tuesday it has renewed its sci-fi drama "Snowpiercer" for a third season.

Shaun Mark Bean (born 17 April, 1959) is an English film and stage actor. Bean has also acted in a number of television productions as well as performing voice work for computer games and television adverts. As an actor, he adopted the Irish spelling "Sean" of his first name.

His first successful role was his portrayal of Richard Sharpe in the British television series Sharpe. Since then he has become well known internationally for his roles as Boromir in The Lord of the Rings, James Bond's adversary Alec Trevelyan in GoldenEye, Nicolas Cage's competitor Ian Howe in National Treasure, psychotic IRA fringe terrorist Sean Miller out for revenge on Jack Ryan in Patriot Games, Captain Rich in Flightplan with Jodie Foster, Odysseus in Troy and Chris DeSilva in Silent Hill. Bean has also been involved in video game voice acting, such as for the 2006 game The Elder Scrolls IV: Oblivion.

Bean was born Shaun Mark Bean in the Handsworth district of Sheffield, South Yorkshire, England, the son of Rita and Brian Bean. Bean's father owned a fabrication shop, which he had set up with a colleague. The business employed a total of 50 people. Bean's mother worked as a secretary. He has a younger sister named Lorraine. Despite becoming relatively wealthy (his father owned a Rolls-Royce Silver Shadow), the family never moved away from the council estate, because they preferred to remain close to friends and family.

FULL ARTICLE AT WIKIPEDIA.ORG
This article is licensed under the GNU Free Documentation License.
It uses material from the Wikipedia article "Sean Bean."