Top News // 1 year ago
The Almanac
On April 13, 2009, Phil Spector was found guilty of second-degree murder by a Los Angeles jury in his second trial for the 2003 slaying of Lana Clarkson. 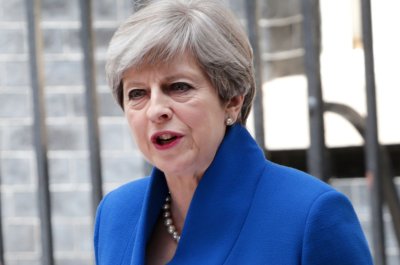 Voices // 3 years ago
Where have all the leaders gone?
The British government and its American cousins are suffering from an acute absence of leaders and leadership.

Top News // 3 years ago
The Almanac
On April 13, 1970, an oxygen tank exploded aboard Apollo 13, forcing NASA to abort the crew's planned lunar landing mission and return to Earth.

Top News // 4 years ago
The Almanac
On April 13, 1932, Democrats at a Jefferson Day luncheon accused the Hoover administration of wrecking the economy, plunging millions into misery.

Samuel Barclay Beckett (13 April 1906 – 22 December 1989) was an Irish avant-garde writer, dramatist and poet, writing in English and French. Beckett's work offers a bleak outlook on human culture and both formally and philosophically became increasingly minimalist in his later career.

Beckett was awarded the 1969 Nobel Prize in Literature "for his writing, which—in new forms for the novel and drama—in the destitution of modern man acquires its elevation". He was elected Saoi of Aosdána in 1984.

FULL ARTICLE AT WIKIPEDIA.ORG
This article is licensed under the GNU Free Documentation License.
It uses material from the Wikipedia article "Samuel Beckett."
Back to Article
/