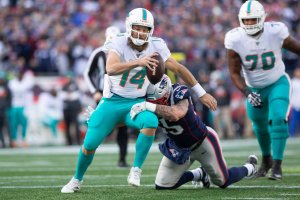 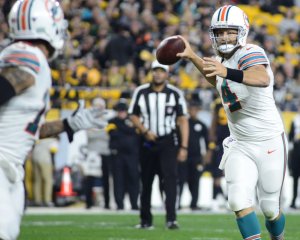 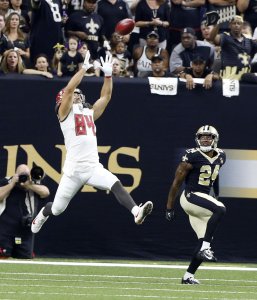 NFL // 5 months ago
Colts to trade QB Carson Wentz to Commanders
A deal is "in place" to trade veteran quarterback Carson Wentz from the Indianapolis Colts to the Washington Commanders, a league source told UPI on Wednesday.

Ryan Joseph Fitzpatrick (born November 24, 1982) is an American football quarterback for the Buffalo Bills of the National Football League. He was drafted by the St. Louis Rams in the seventh round of the 2005 NFL Draft. He played college football at Harvard.

Fitzpatrick was a three-sport (football, basketball and track) star at Highland High School in Gilbert, Arizona. Fitzpatrick was a Second-team Class 5A All-state selection, adding Arizona High School All-Star team, Fiesta Region first team and Fiesta Region MVP honors as a senior. He set 12 school records as a Highland Hawk and one state mark (throwing a 99-yard touchdown pass) while leading the team to the state playoffs from 1998–2000 and to the 1999 Fiesta Region title. He graduated in the top 1 percent of his class.

FULL ARTICLE AT WIKIPEDIA.ORG
This article is licensed under the GNU Free Documentation License.
It uses material from the Wikipedia article "Ryan Fitzpatrick."