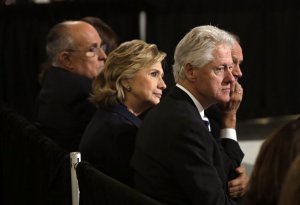 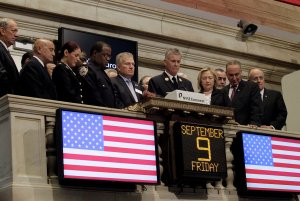 U.S. News // 4 months ago
Voting machines employee sues Trump campaign over election fraud claims
An employee of a voting systems company has sued the Trump re-election campaign, its lawyers and media organizations for defamation after he was thrust to the center of a voter fraud conspiracy.

U.S. News // 5 months ago
Pennsylvania judges toss 6 Trump campaign election challenges
President Donald Trump's campaign has lost multiple election cases, including half a dozen cases in Pennsylvania, and others in Arizona and Michigan.

Top News // 5 months ago
The Almanac
On Nov. 7, 1919, on the second anniversary of the Russian Revolution, the first Palmer Raid results in the roundup of more than 10,000 suspected communists.

Top News // 5 months ago
On This Day: Palmer Raids against communists begin
On Nov. 7, 1919, on the second anniversary of the Russian Revolution, the first Palmer Raid results in the roundup of more than 10,000 suspected communists.

America has the best medical care in the world. People come here from around the world to take advantage of our path-breaking medicine and state-of-the-art treatments

We can do it through tax cuts, not tax hikes. We can do it by empowering patients and their doctors, not government bureaucrats. Instead of being more like Europe, we need to be more like America

A Democrat and Independent in the 1970s, and a Republican since the 1980s, Giuliani served in the United States Attorney's Office for the Southern District of New York, eventually becoming U.S. Attorney. He prosecuted a number of high-profile cases, including ones against organized crime and Wall Street financiers.

Giuliani served two terms as Mayor of New York City, having run on the Republican and Liberal lines. He was credited with initiating improvements and with a reduction in crime pressing the city's quality of life initiatives. He ran for the United States Senate in 2000 but withdrew due to being diagnosed with prostate cancer and revelations about his personal life. Giuliani gained international attention for his leadership, during and after the September 11, 2001 attacks on the World Trade Center. For those actions, he received an honorary knighthood from Queen Elizabeth II in 2002.

FULL ARTICLE AT WIKIPEDIA.ORG
This article is licensed under the GNU Free Documentation License.
It uses material from the Wikipedia article "Rudolph Giuliani."
Back to Article
/