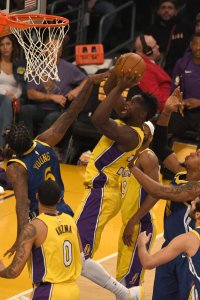 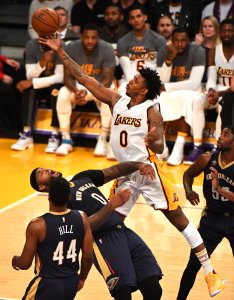 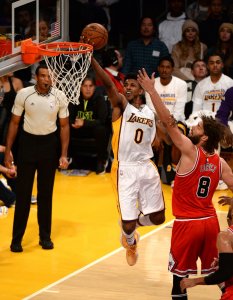 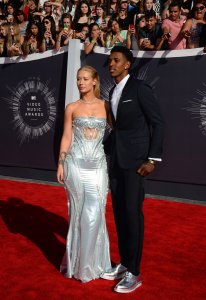 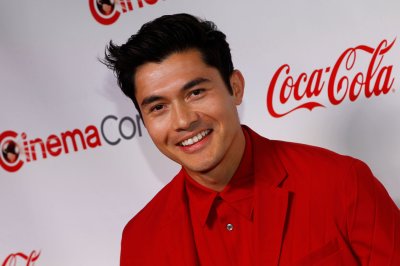 NBA // 2 years ago
Rockets look to even series against Warriors
The Houston Rockets are looking to even up the Western Conference Finals Wednesday night, after dropping the first game to Golden State. 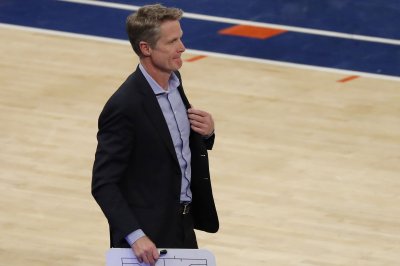 NBA // 3 years ago
Warriors, minus Curry, Thompson, Durant, face Jazz
OAKLAND, Calif. -- Having suffered their worst loss of the season with a healthy Stephen Curry, Klay Thompson and Kevin Durant the last time Golden State saw the Utah Jazz, the Warriors will face the Western Conference playoff contender without any of them in a rematch Sunday night. 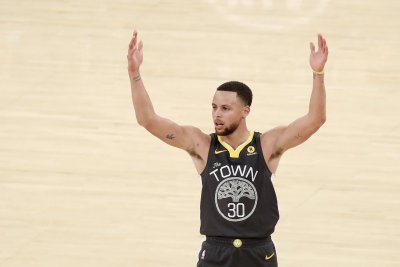 NBA // 3 years ago
Plenty on line when Golden State Warriors, San Antonio Spurs collide
Monday's game between San Antonio and Golden State is important because of the Spurs' push to clinch a playoff spot and the Warriors chasing the top seed.

NBA // 3 years ago
Blake Griffin unlikely to play in Clippers-Warriors rematch
The Golden State Warriors will seek to continue their recent mastery of the Los Angeles Clippers.

He will be sadly missed by colleagues and family alike. He brought a great deal of laughter into many people's lives

Nick Young (born June 1, 1985, in Los Angeles, California) is an American professional basketball player with the Washington Wizards of the NBA at both the shooting guard and small forward positions.

Young failed out of two high schools before finally being admitted to a third, Cleveland High School, in suburban Reseda, California. He averaged 27.2 points and 10.8 rebounds as a 2004 senior at Cleveland, earning 2004 CIF L.A. City Section, Los Angeles Times All-City and San Fernando Valley first team honors. He shot 57.3% from the field and 46.8% from three-point range (52-of-111), had 48 steals and 41 blocks as Cleveland finished 25–4. Young was tabbed the seventh-best player in the country by HoopScoop and listed by prep basketball guru Frank Burlison as among the Top 50 recruits in 2004. He once scored 56 points in one game and had 23 rebounds in another. He earned CIF L.A. City Section first team honors in 2003 and was included in a list of Top Seniors by Athlon heading into 2004.

Young played for the University of Southern California from 2004 to 2007 and was first team all-Pac-10 in 2005–2006 and 2006–2007. In the 2007 NCAA Tournament, Young led the fifth-seeded Trojans to a berth in the Sweet Sixteen, where they lost to the one-seeded North Carolina Tar Heels, 74–64. Along the way, Young led USC to a 77–60 first-round win against Arkansas. In the 2nd round, Young led the team with 22 points over the Texas Longhorns in a 87–68 rout of the team featuring the National Player of the Year, Kevin Durant.

FULL ARTICLE AT WIKIPEDIA.ORG
This article is licensed under the GNU Free Documentation License.
It uses material from the Wikipedia article "Nick Young."
Back to Article
/