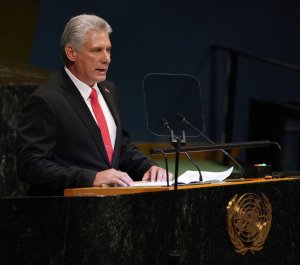 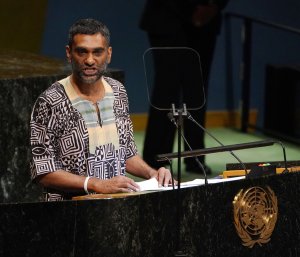 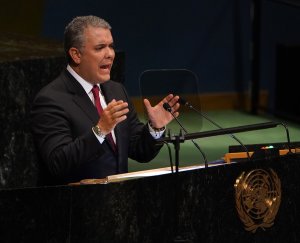 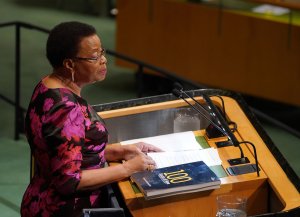 Voices // 2 months ago
Volodymyr Zelensky's appeal lies in his service to Ukrainians above all else
To gain popular appeal among voters, political elites routinely cast themselves in the role of a servant leader. There's no better example of this at the moment than Ukrainian President Volodymyr Zelensky.

Top News // 5 months ago
The Almanac
On Dec. 5, 2014, NASA successfully launched its Orion spacecraft, its hope for the future of manned space travel and an eventual trip to Mars.

We are celebrating the life of man who became a symbol and embodiment of hope for African people in particular, and the ANC in general -- a symbol of sacrifice, unity and of liberation

The Human Factor: Nelson Mandela and the Game that Changed the World

We know our boys have the ability, strength and determination to be victorious because we are a winning nation

Some of the leaders of this country and elsewhere in the world started with misdemeanors of all kinds, but as they grew up, they became responsible people who have served our country very well

Nelson Rolihlahla Mandela (Xhosa pronunciation: ; born 18 July 1918) served as President of South Africa from 1994 to 1999, and was the first South African president to be elected in a fully representative democratic election. Before his presidency, Mandela was an anti-apartheid activist, and the leader of Umkhonto we Sizwe, the armed wing of the African National Congress (ANC). In 1962 he was arrested and convicted of sabotage and other charges, and sentenced to life in prison. Mandela served 27 years in prison, spending many of these years on Robben Island. Following his release from prison on 11 February 1990, Mandela led his party in the negotiations that led to multi-racial democracy in 1994. As president from 1994 to 1999, he frequently gave priority to reconciliation, while introducing policies aimed at combating poverty and inequality in South Africa.

In South Africa, Mandela is often known as Madiba, his Xhosa clan name; or as tata (Xhosa: father). Mandela has received more than 250 awards over four decades, including the 1993 Nobel Peace Prize.

FULL ARTICLE AT WIKIPEDIA.ORG
This article is licensed under the GNU Free Documentation License.
It uses material from the Wikipedia article "Nelson Mandela."