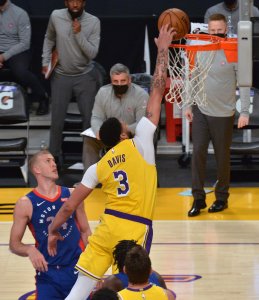 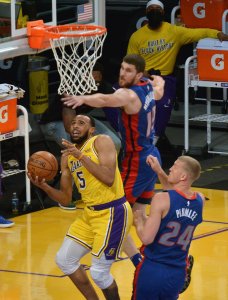 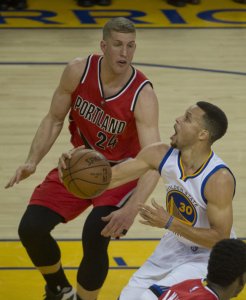 NBA // 7 months ago
Bol Bol, son of NBA star, impresses in bubble debut
Bol Bol, the son of NBA legend Manute Bol, impressed his coach and fans when he made his debut in the league's bubble in a Denver Nuggets exhibition win against the Washington Wizards in Orlando, Fla.

NBA // 1 year ago
Mavericks' Luka Doncic dunks between two Nuggets defenders
Dallas Mavericks rookie Luka Doncic wasn't bothered by the pressure when he dunked on two defenders during a loss to the Denver Nuggets.

NBA // 2 years ago
Nuggets remain atop West after rallying past Kings
Jamal Murray erupted for 17 points in the fourth quarter, scoring 36 overall, leading the Denver Nuggets to a come-from-behind 117-113 road win over the Sacramento Kings on Thursday.

NBA // 2 years ago
Hot teams Denver Nuggets, Raptors face each other in Toronto
A win streak will end Monday night when the Denver Nuggets visit the Toronto Raptors.

NBA // 2 years ago
James aims to keep Lakers on upswing vs. Nuggets
The Los Angeles Lakers stumbled out of the gate to start the LeBron James era, but they have quickly turned things around. Now they're going to one of the toughest venues in the NBA to try to regain some momentum after a disappointing 108-104 loss to the Orlando Magic.