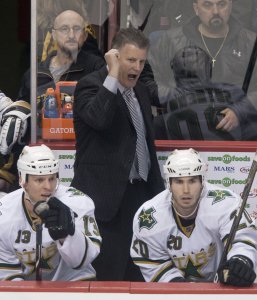 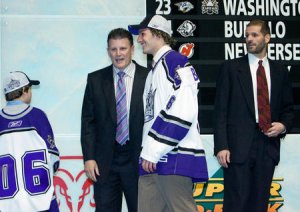 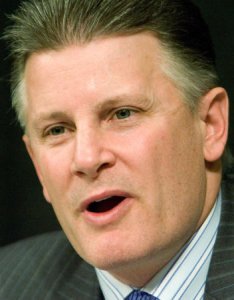 Marc Joseph John Crawford (born February 13, 1961) is a Canadian professional ice hockey head coach, most recently employed by the Dallas Stars of the National Hockey League. He was previously the head coach of three other organizations and won a Stanley Cup in 1996 with the Colorado Avalanche. He is also a former professional ice hockey forward who played for the Vancouver Canucks.

Crawford was drafted by the Vancouver Canucks in the 1980 NHL Entry Draft in the fourth round, 70th overall. After three seasons of major junior in the QMJHL with the Cornwall Royals, he joined the Canucks in 1981–82.

As a rookie, Crawford was a part of Vancouver's 1982 run to the Stanley Cup finals in which the Canucks were defeated by the New York Islanders.

FULL ARTICLE AT WIKIPEDIA.ORG
This article is licensed under the GNU Free Documentation License.
It uses material from the Wikipedia article "Marc Crawford."
Back to Article
/