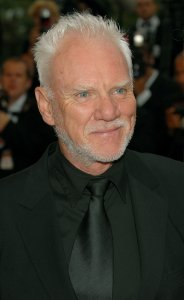 Entertainment News // 7 months ago
What to stream this weekend: 'Black Is King,' 'Muppets Now'
New streaming entertainment this weekend includes the Lollapalooza festival, a Beyonce special, return of The Muppets and movies starring Katie Holmes and Vinnie Jones.

Movies // 7 months ago
Vinnie Jones: Making 'The Big Ugly' was 'a Cinderella story'
Vinnie Jones, Malcolm McDowell and Leven Rambin discuss making "The Big Ugly," which Jones produced and is on VOD Friday. 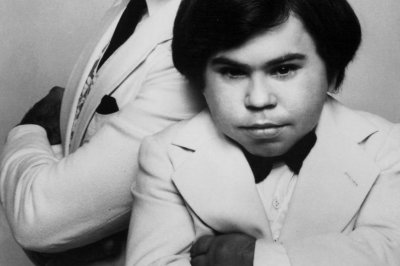 TV // 5 years ago
'Fantasy Island' to get female-centric reboot
ABC Network is bringing back television classic 'Fantasy Island' with a couple of twists fitting for today's audiences.

TV // 6 years ago
Amazon renews 'Mozart in the Jungle' for a second season
"Mozart in the Jungle" has been renewed for a second season, Amazon announced Wednesday.
Movies // 6 years ago
Elisabeth Moss, Mark Duplass star in 'The One I Love' trailer
"Mad Men" star Elisabeth Moss and "The League" actor Mark Duplass portray an estranged couple on a surreal retreat in the first trailer for "The One I Love."

I'm proud of the work I did in 'Caligula,

Malcolm McDowell (born 13 June 1943) is an English actor with a career spanning over forty years.

McDowell is principally known for his roles in the controversial films If...., O Lucky Man!, A Clockwork Orange and Caligula. His versatility as an actor has led to his presence in many films and television series of different genres, including Tank Girl, Star Trek Generations, the TV serial Our Friends in the North, Entourage, Heroes, Metalocalypse, the animated film Bolt and the 2007 remake of Halloween and the 2009 sequel Halloween II. He is also well known for his narration of the seminal 1982 documentary The Compleat Beatles.

McDowell was born Malcolm John Taylor in Horsforth, then in the West Riding of Yorkshire, now a part of the City of Leeds, the son of Edna (née McDowell), a hotelier, and Charles Taylor, a pub owner. However, six weeks after McDowell was born, his family relocated to the east coast of Yorkshire (in Bridlington) because his father was in the Royal Air Force. McDowell trained as an actor at the London Academy of Music and Dramatic Art.

FULL ARTICLE AT WIKIPEDIA.ORG
This article is licensed under the GNU Free Documentation License.
It uses material from the Wikipedia article "Malcolm McDowell."
Back to Article
/