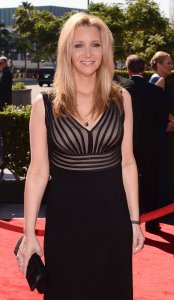 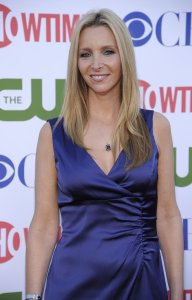 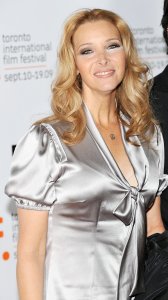 Entertainment News // 1 month ago
Mira Sorvino has wanted 'Romy and Michele' sequel for 'forever'
Mira Sorvino and Lisa Kudrow discussed their friendship and the possibility of a "Romy and Michele's High School Reunion" sequel on "The Late Late Show with James Corden."

TV // 2 months ago
'CODA,' Will Smith, Jessica Chastain win top SAG Awards
The cast of "CODA" was named Best Ensemble in a Film at the Screen Actors Guild Awards ceremony at the Barker Hanger in Santa Monica, Calif., Sunday night.

Entertainment News // 6 months ago
Matthew Perry to discuss 'Friends,' struggle with addiction in new memoir
Matthew Perry, an actor who played Chandler Bing on "Friends," will release a memoir in 2022.

Entertainment News // 6 months ago
'Friends' stars react to James Michael Tyler's death: 'Thank you for the laughter'
Stars of "Friends," including Jennifer Aniston and Courteney Cox, are paid homage to co-star James Michael Tyler on social media following his death.

Entertainment News // 7 months ago
'Romy and Michele' stage musical is in the works
A developmental workshop for "Romy and Michele: The Musical," based on the beloved 1997 movie, is being staged in New York City on Oct. 14 and 15.

This show personalizes history and turns it into a gripping narrative

Showtime is the only place on television where this belongs

There was a lot of talk among the cast, how many (episodes) would be reasonable to do, how many we felt like doing

Lisa Kudrow-Stern (born July 30, 1963) is an American actress, best known for her role as Phoebe Buffay in the television sitcom Friends, for which she received many accolades including an Emmy Award and two Screen Actors Guild Awards. While starring in Friends, Kudrow also appeared in 1999's comedy film Analyze This, directed by Harold Ramis, as well as its 2002 sequel Analyze That. Kudrow has appeared in several comedy films, notably playing Michele Weinberger in Romy and Michele's High School Reunion, the 2009 feature film Bandslam as the character Karen Burton, P.S. I Love You and Easy A.

Lisa Kudrow was born in Encino, Los Angeles, California, the daughter of Nedra S. (née Stern), a travel agent, and Dr. Lee N. Kudrow (born 1933), a headache specialist and physician. Her ancestors emigrated from Belarus and lived in the village of Ilya, in the Minsk area, and her great-grandmother was killed in the Holocaust. Kudrow was raised in a middle-class Jewish family and has an older sister, Helene Marla (born 1960), and an older brother, neurologist David B. Kudrow (born 1957). She is the niece of composer/conductor Harold Farberman. She took guitar lessons as a child and is left-handed. In 1979, at the age of 16, she underwent surgery which reduced the size of her nose.

After attending Portola Middle School in Tarzana, California, she graduated from Taft High School in Woodland Hills, Los Angeles. She received her B.S. in Biology from Vassar College, intending to follow in her father's footsteps and research headaches. Kudrow worked on her father's staff for eight years while breaking into acting, earning a research credit on his study on the comparative likelihood of left-handed individuals developing cluster headaches. For a time, Kudrow also worked as an anchor/reporter at KVII-TV, the ABC affiliate in Amarillo, Texas.

FULL ARTICLE AT WIKIPEDIA.ORG
This article is licensed under the GNU Free Documentation License.
It uses material from the Wikipedia article "Lisa Kudrow."