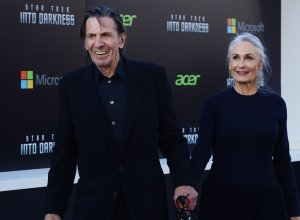 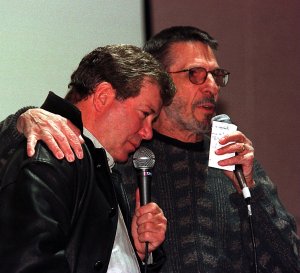 TV // 4 years ago
Quinto follows in Nimoy's steps for 'In Search Of' reboot
"Star Trek" and "American Horror Story" alum Zachary Quinto is to host and executive produce a new version of the 1970s and '80s program "In Search Of."

Top News // 5 years ago
The Almanac
On March 26, 1979, Israel and Egypt signed a peace treaty at the White House, ending 30 years of hostilities.

Zachary Quinto is a very intelligent actor, and he's serious about his work, and he looks enough like me to make the whole thing work

The Spock character has been a role model for a lot of young people, middle-aged people and elderly people like myself -- a character of dignity and intelligence and professionalism

People have been asking me why I'm doing this movie, and I think the answer is obvious -- we have a great director, a wonderful script, and a wonderful young actor playing Spock, so ... it was logical

I am happy to be involved with Star Trek Online. In this game, the essence of Star Trek -- exploration and adventure -- lives long and prospers

Nimoy began his career in his early twenties, teaching acting classes in Hollywood and making minor film and television appearances through the 1950s, as well as playing the title role in Kid Monk Baroni. In 1953, he served in the United States Army. In 1965, he made his first appearance in the rejected Star Trek pilot, "The Cage", and would go on to play the character of Mr. Spock until 1969, followed by seven further feature films and a number of guest slots in various sequels. His character of Spock generated a significant cultural impact and three Emmy Award nominations; TV Guide named Spock one of the 50 greatest TV characters. Nimoy also had a recurring role in Mission: Impossible and a narrating role in Civilization IV, as well as several well-received stage appearances.

Nimoy's fame as Spock is such that both his autobiographies, I Am Not Spock (1977) and I Am Spock (1995) detail his existence as being shared between the character and himself.

FULL ARTICLE AT WIKIPEDIA.ORG
This article is licensed under the GNU Free Documentation License.
It uses material from the Wikipedia article "Leonard Nimoy."