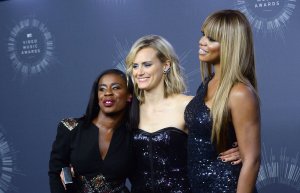 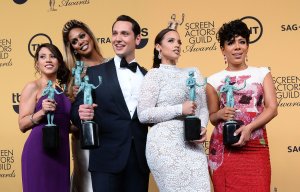 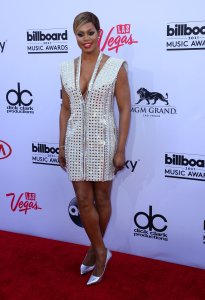 Entertainment News // 2 months ago
What to stream this weekend: 'Borat 2,' 'On the Rocks'
Sacha Baron Cohen's Borat returns with a second film, Rashida Jones and Bill Murray portray a daughter and father reconnecting in "On the Rocks" and Billie Eilish is offering a virtual concert this weekend.

TV // 5 months ago
'Watchmen' leads with 26 Emmy Award nominations
"Killing Eve," and "Schitt's Creek" were among the nominees for the 72nd Primetime Emmy Awards announced Tuesday by The Television Academy.

Laverne Cox (born May 29)[1] is an American actress, reality television star, television producer, and LGBT advocate,[2][3][4] best known for her portrayal of Sophia Burset on the Netflix television series Orange Is the New Black, for which she became the first openly transgender person to be nominated for a Primetime Emmy Award in the acting category,[5][6] and the first to be nominated for an Emmy Award since composer/musician Angela Morley in 1990.[7]

FULL ARTICLE AT WIKIPEDIA.ORG
This article is licensed under the GNU Free Documentation License.
It uses material from the Wikipedia article "Laverne Cox."
Back to Article
/