Sports News // 11 months ago
Big Ten, Pac-12 postpone football, fall sports due to COVID-19
The Big Ten and Pac-12 conferences on Tuesday postponed fall sports -- including football -- for the 2020 season due to the coronavirus pandemic.

College Basketball // 3 years ago
Detained UCLA trio returning to U.S. from China
UCLA freshmen LiAngelo Ball, Cody Riley and Jalen Hill, who have been detained in China for the past week on suspicion of shoplifting, are headed back to the United States, the Wall Street Journal reported on Tuesday.

U.S. News // 3 years ago
Florida man admits to randomly killing homeless people, police say
A Florida man was arrested for killing three people, including two homeless men, for no other reason than they were "available at the time he was out." 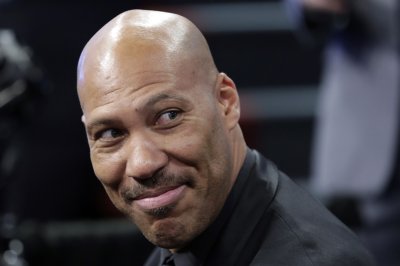 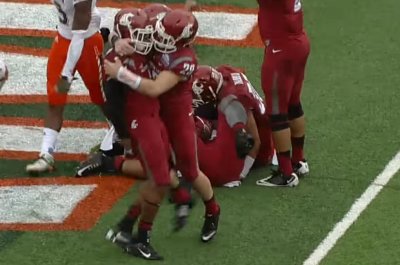 Sports News // 5 years ago
Washington State holds off Miami in Sun Bowl
Washington State arrived at the Sun Bowl with the No. 1 passing offense in the nation, but it was the Cougars' 93rd-ranked defense that saved the day against Miami.

Justine Henin will be remembered as one of the all-time great champions in women's tennis, and a woman who made up for her lack of size with a will to win and fighting spirit that was second to none

The tour's first priority and responsibility is the health and well-being of our athletes, and these steps represent the culmination of a comprehensive analysis aimed at ensuring a safe environment for players on tour

Scott was the winner of the IFBB's Mr. Olympia title the first two years of the competition in 1965 and 1966. Scott went to the California Air College to study electronics and is known to be a devout Mormon. He is married to Rachel Ichikawa.

Before claiming the Mr. Olympia title, Scott took Mr. America in 1962, the Mr. Universe title in 1964, and had a minor role in the 1964 movie Muscle Beach Party. Scott is said to have possessed little apparent genetic potential when he started training with weights in 1956, his narrow shoulders having been a particular weak spot. He trained with Vince Gironda, another well-known bodybuilder of the golden age. Scott is best known for his arm development - and perhaps most for his impressive biceps which were unusually long, allowing for good development and shape. Scott attributes his football-shaped biceps to an exercise he invented, "The Scott Curl," which became standard repertoire among many bodybuilders. Nowadays Scott lives in Salt Lake City, Utah where he runs his own personal training company. He was inducted into the IFBB Hall of Fame in 1999.

FULL ARTICLE AT WIKIPEDIA.ORG
This article is licensed under the GNU Free Documentation License.
It uses material from the Wikipedia article "Larry Scott."
Back to Article
/