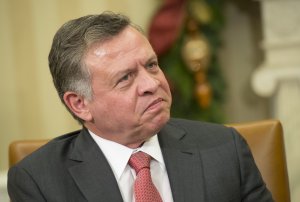 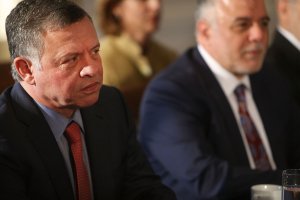 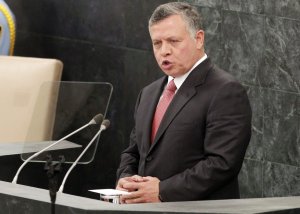 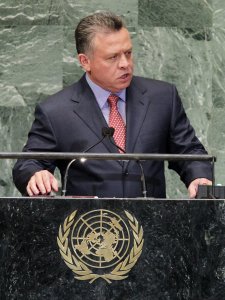 World News // 8 months ago
Israel to conduct census of West Bank Palestinians ahead of annexation
Israeli officials in the occupied territories of the West Bank are preparing to conduct a population census of Arabs living in areas slated for annexation, Israeli media reported Thursday.

World News // 9 months ago
Mahmoud Abbas ends Palestinian security deal with U.S., Israel
Palestinian authorities will end a security agreement with Israel and the United States as a result of plans to annex parts of the West Bank by the new unity government in Jerusalem. 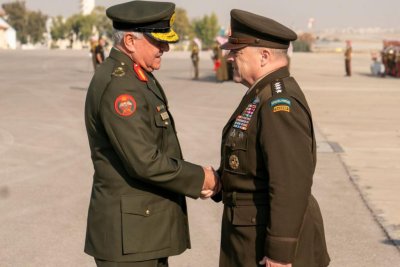 U.S. News // 2 years ago
List of current, former leaders set to attend Bush funeral
President Donald Trump will be joined Wednesday by a number of notable world leaders and figures for the state funeral of president George H.W. Bush at the National Cathedral.

The Arab world has committed itself through the peace initiative to peace with Israel. So, now, must Israel

The discussions between the two parties were frank and positive

Abdullah II bin al-Hussein OIH (Arabic: الملك عبد الله الثاني بن الحسين‎, al-Malik ʿAbdullāh aṯ-ṯānī bin al-Ḥusayn; born 30 January 1962) is the reigning King of the Hashemite Kingdom of Jordan. He ascended the throne on 7 February 1999 after the death of his father King Hussein. King Abdullah, whose mother is Princess Muna al-Hussein, is a member of the Hashemite family. Since 1993, Abdullah has been married to Queen Rania of Jordan.

Abdullah was born in Amman to King Hussein of Jordan during his marriage to the Englishwoman Toni Gardiner Princess Muna al-Hussein. He was the king's eldest son and as such he was automatically heir apparent to the throne of Jordan under 1952 constitution. However, due to unstable times in the 1960s, King Hussein decided to appoint his brother, Prince Hassan bin Talal, as his heir.

King Abdullah II attended Deerfield Academy in Deerfield, Massachusetts. He joined the Royal Military Academy Sandhurst in 1980, was commissioned as a Second Lieutenant, and served as a platoon leader in the 13th/18th Royal Hussars. In 1982, King Abdullah II attended Pembroke College at Oxford University where he completed a one-year Special Studies course in Middle Eastern Affairs. In 1987, he attended the Edmund A. Walsh School of Foreign Service at Georgetown University in Washington, D.C.

FULL ARTICLE AT WIKIPEDIA.ORG
This article is licensed under the GNU Free Documentation License.
It uses material from the Wikipedia article "King Abdullah II."
Back to Article
/