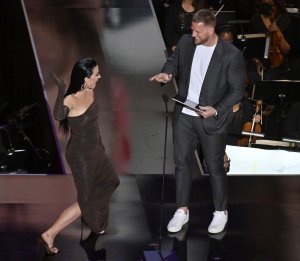 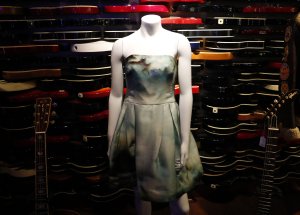 Entertainment News // 2 weeks ago
Met Gala 2022: What to expect
Celebrities will attend the Met Gala Monday at the Metropolitan Museum of Art in New York.

I think it's crazy up until (the album is released) Aug. 24 and I think that we will get married this year, hopefully

Russell Brand and Katy Perry are overjoyed to confirm that they were pronounced Mr. and Mrs. Brand on Saturday, Oct. 23

But of course I love my Japanese fans and the show must go on, no matter the daily aftershocks or husband kidnappings! It's not right but it's okay

Katy Perry (born Katheryn Elizabeth Hudson; October 25, 1984) is an American singer-songwriter and actress. Born in Santa Barbara, California, and raised by Christian pastor parents, Perry grew up listening to only gospel music and sang in her local church as a child. After earning a GED during her first year of high school, she began to pursue a career in music. As Katy Hudson, she released a self-titled gospel album in 2001, which was unsuccessful. She later recorded an album with production team The Matrix and completed the majority of a solo album from 2004–05, neither of which were released.

After signing with Capitol Music Group in 2007, her fourth record label in seven years, she adopted the stage name Katy Perry and released her first Internet single "Ur So Gay" that November, which garnered public attention but failed to chart. She rose to fame with the release of her second single "I Kissed a Girl" in 2008, which went on to top international charts. Perry's first mainstream studio album One of the Boys followed later that year and subsequently became the thirty-third-best selling album worldwide of 2008. It was accredited platinum certification by the Recording Industry Association of America, while "I Kissed a Girl" and her second single "Hot n Cold" both received multi-platinum certifications.

Her second studio album Teenage Dream was released in August 2010 and debuted at number one on the Billboard 200. The album included the Billboard chart-toppers "California Gurls", "Teenage Dream", "Firework", and "E.T." and most recently "Last Friday Night (T.G.I.F.)". The album produced five Hot 100 toppers, making Teenage Dream only the second album—after Michael Jackson's Bad—to do so. With "E.T." at number one on the chart of May 12, 2011, Perry became the first artist in history to spend a whole year, 52 consecutive weeks, in the top 10 of the Billboard Hot 100.

FULL ARTICLE AT WIKIPEDIA.ORG
This article is licensed under the GNU Free Documentation License.
It uses material from the Wikipedia article "Katy Perry."