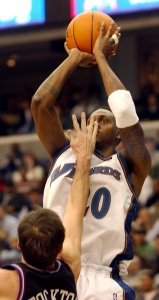 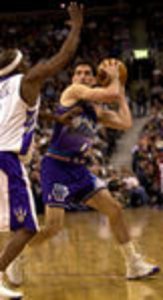 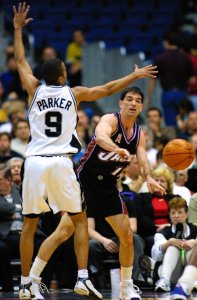 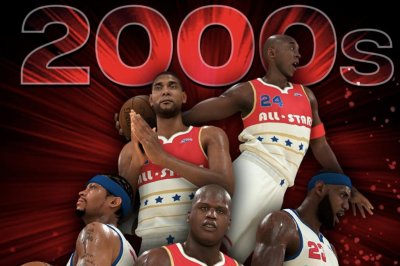 NBA // 3 years ago
Pelicans look to stand tall again vs. Warriors
NEW ORLEANS -- They have a pulse, and now the New Orleans Pelicans feel they have a chance.

NBA // 3 years ago
Golden State Warriors: Short-handed or no, roll continues
OAKLAND, Calif. -- The Golden State Warriors brought their winning ways back to the home court Monday night, returning from a historic trip to overpower the Portland Trail Blazers 111-104 behind Kevin Durant's 28 points. 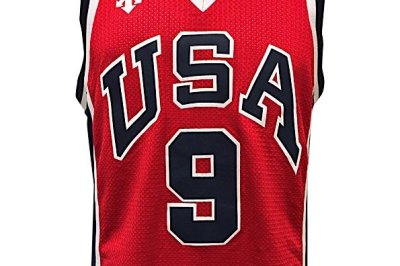 NBA // 4 years ago
Michael Jordan's 1984 USA jersey has minimum bid of $10K
If you have the change, Michael Jordan's jersey from the 1984 United States Olympic team is for sale.

John Houston Stockton (born March 26, 1962) is a retired American professional basketball player (NBA) who spent his entire career (1984–2003) as a point guard for the Utah Jazz of the NBA. Stockton is regarded as one of the best point guards of all time, holding the NBA records for most career assists and steals by considerable margins.

Stockton was born in Spokane, Washington to Clementine Frei and Jack Stockton. He attended grade school at St. Aloysius and moved on to high school at Gonzaga Prep, graduating in 1980. He then played college basketball for Gonzaga University in his hometown where he averaged 20.9 points per game while shooting 57% from the field in his senior year. His grandfather, Hust Stockton had also been a well known athlete at Gonzaga. Hust was a member of the Frankford Yellow Jackets, winners of the National Football League championship in 1926.

FULL ARTICLE AT WIKIPEDIA.ORG
This article is licensed under the GNU Free Documentation License.
It uses material from the Wikipedia article "John Stockton."
Back to Article
/