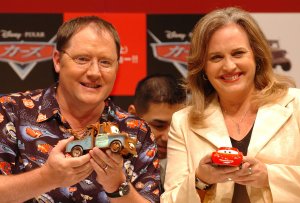 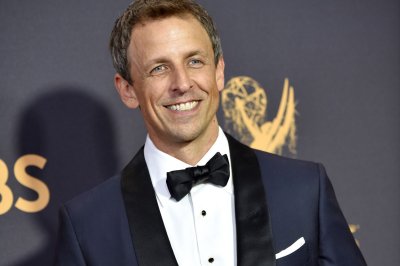 Movies // 5 years ago
Christopher Nolan to receive Imagery Award from the Art Directors Guild
Christopher Nolan is to receive the prestigious Cinematic Imagery Award from the Art Directors Guild Jan. 31.
Movies // 6 years ago
'Toy Story 4' announced, to be released summer 2017
Disney announced Thursday it's bringing back Woody, Buzz Lightyear and the rest of the gang for Toy Story 4.
TV // 6 years ago
'Frozen' special to air on ABC next month
ABC says it plans to air a special called "The Story of Frozen: Making a Disney Animated Classic" Sept. 2.

Michael is doing such a cool score for the film

Lasseter's first job was with The Walt Disney Company, where he became an animator. Next, he joined Lucasfilm, where he worked on the then-groundbreaking use of CGI animation. After Lucasfilm became Pixar in 1986, Lasseter oversaw all of Pixar's films and associated projects as executive producer and he directed Toy Story, A Bug's Life, Toy Story 2, and Cars.

FULL ARTICLE AT WIKIPEDIA.ORG
This article is licensed under the GNU Free Documentation License.
It uses material from the Wikipedia article "John Lasseter."
Back to Article
/