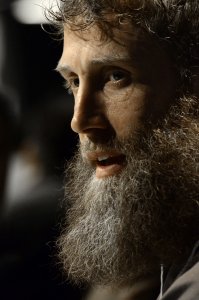 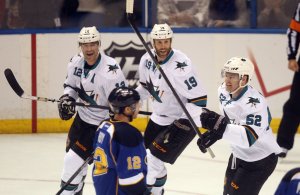 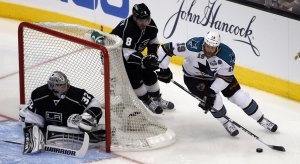 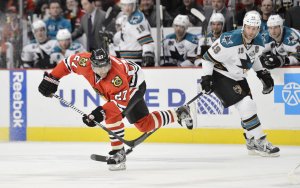 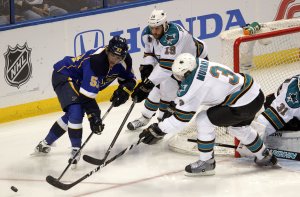 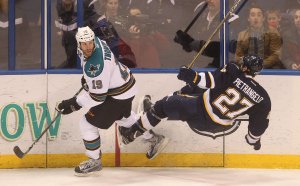 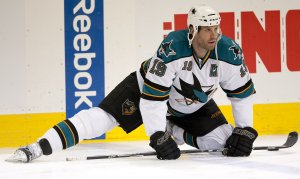 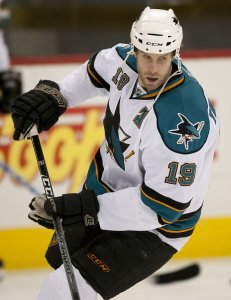 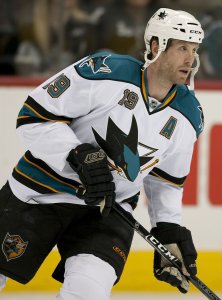 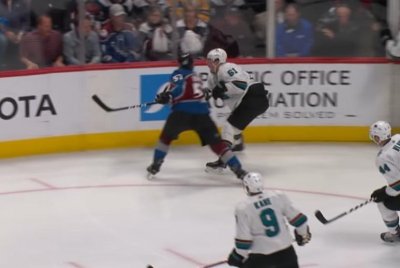 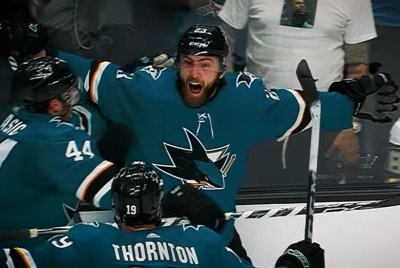 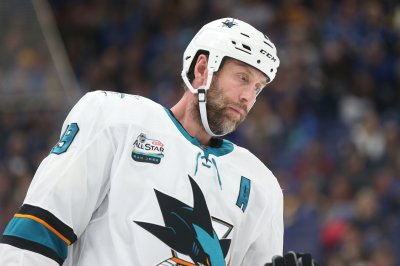 If they come at me on Saturday, so may it be

Joseph Eric Thornton (born July 2, 1979) is a Canadian professional ice hockey centre and captain of the San Jose Sharks of the National Hockey League (NHL). He was selected first overall by the Boston Bruins in the 1997 NHL Entry Draft and went on to play seven seasons with the club. During the 2005–06 season, he was traded to the Sharks. Splitting the campaign between the two teams, he received the Art Ross and Hart Memorial Trophies as the league's leading point-scorer and most valuable player, respectively. Thornton's on-ice vision, strength on the puck, deft passing ability, and power forward style of play have led to him becoming one of the league's premier top line centres. Listed at 6-foot-4 and 230 pounds, he has received the nickname Jumbo Joe.

Thornton grew up playing minor hockey in his hometown of St. Thomas, Ontario, for the St. Thomas Travelers. He played "AA" hockey for the Travelers until joining a peewee team that won an Ontario Minor Hockey Association (OMHA) championship in 1992–93. Moving on to the bantam level, Thornton joined the "AAA" Elgin-Middlesex Chiefs of the Minor Hockey Alliance of Ontario for the 1993–94 season. During his bantam year, he also appeared in six games for the Junior B St. Thomas Stars of the Ontario Hockey Association (OHA). The following season, he joined the Stars full-time and reeled off 104 points over 50 games.

Beginning in 1995–96, Thornton began a two-year career in the major junior Ontario Hockey League (OHL) with the Sault Ste. Marie Greyhounds. He posted a 76-point season in his first year, earning both OHL and CHL Rookie of the Year honours. The following season, Thornton improved to 41 goals and 122 points, second overall in league scoring behind Marc Savard of the Oshawa Generals, and was named to the OHL Second All-Star Team.

FULL ARTICLE AT WIKIPEDIA.ORG
This article is licensed under the GNU Free Documentation License.
It uses material from the Wikipedia article "Joe Thornton."
Back to Article
/