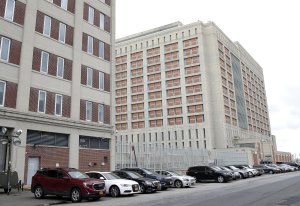 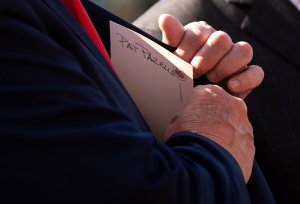 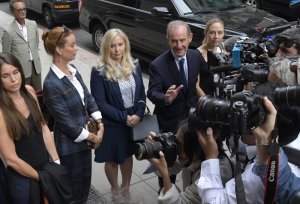 World News // 4 weeks ago
Barclays CEO Jes Staley resigns amid inquiry into ties with Jeffrey Epstein
Barclays bank CEO James "Jes" Staley is stepping down from his post amid an investigation into his ties to disgraced financier and sex offender Jeffrey Epstein, officials said Monday.

U.S. News // 1 month ago
Prince Andrew must submit to interview in sex abuse suit by July
A federal judge in New York has set a deadline for British Prince Andrew to be questioned in a lawsuit in which he's accused of sexual abuse.

U.S. News // 3 months ago
Epstein accuser sues Prince Andrew over rape allegations
Virginia Giuffre sued Prince Andrew on Monday, accusing the member of the British royal family of raping and sexually abusing her when she was 17 years old.

You know what to do. If you want me to help you then you have to help me

Jeffrey Edward Epstein (born January 20, 1953 in Coney Island, New York) is an American financier. He served 13 months in jail of an 18-month sentence as a convicted sex offender in the state of Florida for soliciting an underage girl for prostitution. He is a registered sex offender, and remains under investigation by the FBI over allegations of involvement with underage girls and for money laundering.

Epstein was raised in a Jewish family on Coney Island and attended Lafayette High School in Brooklyn, New York. He attended classes at Cooper Union from 1969 to 1971 and then at the Courant Institute of Mathematical Sciences, leaving without a degree. From 1973 to 1975 he taught calculus and physics at the Dalton School. He then became a trader at Bear Stearns. In 1982 he founded his own financial management firm, J. Epstein and Co., later called Financial Trust Co., located on his private island in the U.S. Virgin Islands. He reportedly only takes billionaire clients; one of his clients was mentor and friend Les Wexner who recently hired Dennis Hersch to replace Epstein. Since all but one of his clients are anonymous, it has been speculated that much of Epstein's lavish lifestyle may be financed by Wexner. In September 2002 he flew Bill Clinton, Kevin Spacey and Chris Tucker to Africa in his private Boeing 727, to promote the former president's anti-AIDS efforts.

Epstein is a friend and supporter of theoretical biologist Martin Nowak. He funded Nowak's research at the Institute for Advanced Study in Princeton and in 2003 pledged $30 million to Harvard University to fund the newly created Program for Evolutionary Dynamics there which Nowak directs.

FULL ARTICLE AT WIKIPEDIA.ORG
This article is licensed under the GNU Free Documentation License.
It uses material from the Wikipedia article "Jeffrey Epstein."