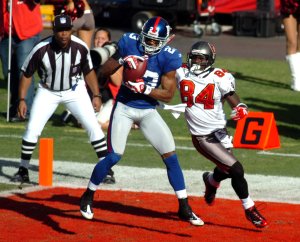 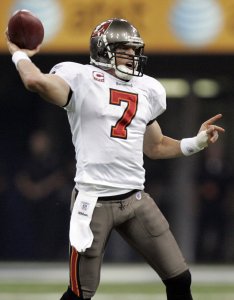 NFL // 2 years ago
Former NFL QB Garcia withdraws from role in draft
Former NFL quarterback Jeff Garcia will not be announcing a pick of the Tampa Bay Buccaneers at the 2018 NFL Draft. 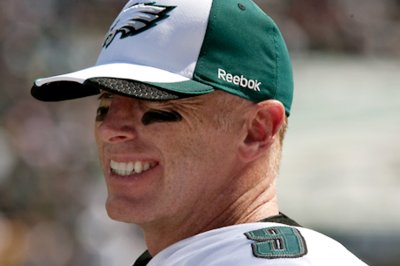 NFL // 2 years ago
Garcia apologizes to Bucs fans for 3-and-out tweet
Jeff Garcia doesn't seem to be too interested in announcing a draft pick of the Tampa Bay Buccaneers this weekend.

NFL // 2 years ago
San Francisco 49ers stake future on quarterback Jimmy Garoppolo
Joe Montana was a late, third-round draft choice passed over by every other team in the NFL. Steve Young was a refugee from the defunct USFL, thought more of a running back.

NFL // 3 years ago
NFL: Drop them while they're hot or pay the price for mediocrity
It was late in the 1990 season, just after he had won his fourth Super Bowl and third Super Bowl MVP, that Joe Montana signed his last contract with the 49ers.

NFL // 3 years ago
Jeff Garcia shunned by Cleveland Browns for QB coach gig
Former quarterback Jeff Garcia, who wanted to be the San Francisco 49ers' coach next season, was turned down by the Cleveland Browns. 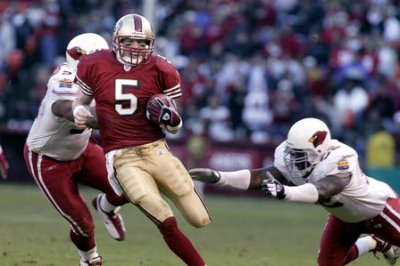 As a member of this community, I take on my responsibility as a role model very seriously

We're a different team without T.O., but we had some receivers make some plays for us today

They rallied around not having Donovan in the lineup, and Koy did a great job

Jeffrey Jason "Jeff" Garcia (born February 24, 1970, in Gilroy, California) is an American football quarterback who is currently a free agent. He was signed by the Calgary Stampeders as an undrafted free agent in 1994. He played college football at San Jose State University.

Garcia attended Gilroy High School in Gilroy, California and was a letterman in football and basketball.

FULL ARTICLE AT WIKIPEDIA.ORG
This article is licensed under the GNU Free Documentation License.
It uses material from the Wikipedia article "Jeff Garcia."
Back to Article
/