TV // 1 year ago
Tyler Posey to star in The CW's 'Lost Boys' pilot
"Teen Wolf" alum Tyler Posey has joined the cast of The CW's upcoming pilot of "The Lost Boys," based on the 1987 film of the same name. 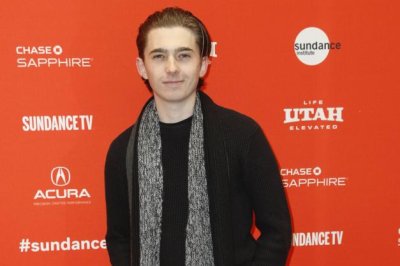 Jami Beth Gertz (born October 28, 1965) is an American actress. Gertz is known for her early roles in the films The Lost Boys, Quicksilver, Less Than Zero, the 1980s TV series Square Pegs with Sarah Jessica Parker, 1996's Twister, as well as for her role as Judy Miller in the CBS sitcom Still Standing with Mark Addy.

Gertz made her film debut in the 1981 romance film Endless Love, which was followed by a co-starring role in the 1982-83 TV series Square Pegs. After its cancellation, she appeared in the teen movie Sixteen Candles in 1984. She gained attention with a starring role in 1987's Less Than Zero, as the friend of a doomed drug addict played by Robert Downey, Jr. She also starred in the 1987 film The Lost Boys. She plays Star, the "half vampire" girlfriend, with Kiefer Sutherland and Jason Patric.

After working in Paris as a scent designer for Lanvin, Gertz returned to America and landed a key supporting role in the 1996 blockbuster Twister after other films including 1986's Solarbabies and Crossroads also the 1989 film Listen to Me with Kirk Cameron and 1992's Jersey Girl. In the 1994 episode of Seinfeld, "The Stall", she appeared as one of Jerry's girlfriends who works as a phone sex operator and can't "spare a square" of toilet paper to Elaine in the restroom. Gertz later played the recurring character Dr. Nina Pomerantz during the 1997 season of ER.

FULL ARTICLE AT WIKIPEDIA.ORG
This article is licensed under the GNU Free Documentation License.
It uses material from the Wikipedia article "Jami Gertz."
Back to Article
/