Tyler Posey to star in The CW's 'Lost Boys' pilot

Feb. 21 (UPI) -- Teen Wolf alum Tyler Posey has joined the cast of The CW's upcoming pilot of The Lost Boys, based on the 1987 film of the same name.

The Lost Boys television adaptation will follow the characters of Michael (Posey) and Sam as they move to Santa Carla with their mother Lucy (Sanchez) following the death of their father. The brothers soon fall into the area's underworld of vampires.

Rahimi is set to portray Stella, a local who dates vampire David, played by Shapiro.

Posey is best known for portraying Scott McCall on MTV's Teen Wolf and starred on Season 3 of The CW's Jane the Virgin.

The Lost Boys television adaptation has been in development since 2016. Jason Patric, Kiefer Sutherland, Jami Gertz, Corey Haim and Corey Feldman starred in the original film that was directed by Joel Schumacher. 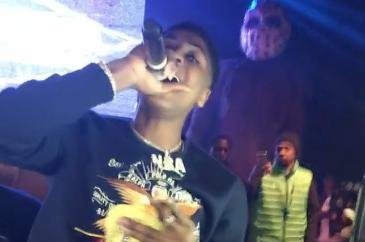