Entertainment News // 5 years ago
Family, fans of Natalie Cole react to 'disrespectful' Grammys tribute
The Recording Academy is under fire by fans and family of late singer Natalie Cole after they failed to produce a "respectful" tribute during the Grammys. 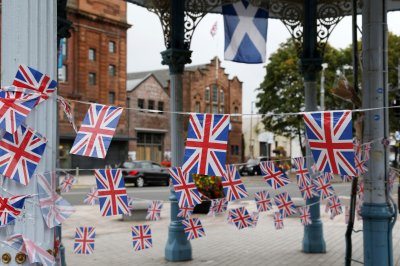 Top News // 5 years ago
The Almanac
In 2014, Scotland chose to remain in the United Kingdom, rejecting independence in a historic national referendum that had a voter turnout of 84 percent.

Still under contract but have not been picked up yet. #fingerscrossed #realtalk

After weeks in limbo, I was finally 'officially' given word from CBS today that I have not been picked up for the 2nd season of The TALK

After weeks in limbo, I was finally 'officially' given word from CBS today that I have not been picked up for the 2nd season of The TALK

Holly Elizabeth Robinson Peete (born September 18, 1964) is an American actress and singer. She is perhaps best known for her roles as Judy Hoffs on the Fox TV police drama 21 Jump Street, Vanessa Russell on the ABC sitcom Hangin' with Mr. Cooper, and Dr. Malena Ellis on the NBC/WB sitcom For Your Love. After graduating from high school, Peete entered Sarah Lawrence College in New York. She majored in psychology and French, and could speak four languages. During her time as an undergraduate, she spent a year abroad at the Sorbonne in Paris, France. After she graduated in 1986, she considered attending graduate school and perhaps working in languages for the U.S. State Department. However, her love of acting contributed to her decision to give an acting career a chance for a few months first. Within a short time, Peete found roles on a television series and in two films, and thoughts of graduate school were left behind.

Peete served as one of the original five co-hosts of the CBS daytime talk show The Talk. She was not asked back for the show's second season.

Peete's children's book, "My Brother Charlie", won her an NAACP Image Award for Outstanding Literary Work in March of 2011.

FULL ARTICLE AT WIKIPEDIA.ORG
This article is licensed under the GNU Free Documentation License.
It uses material from the Wikipedia article "Holly Robinson Peete."
Back to Article
/