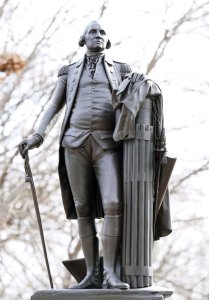 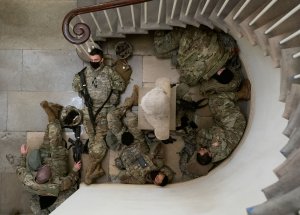 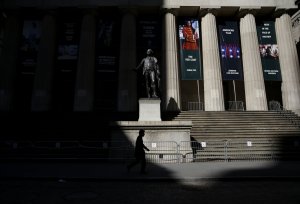 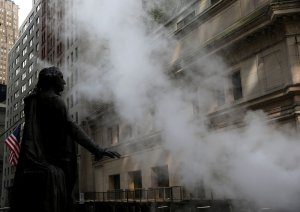 U.S. News // 4 weeks ago
U.S. Navy investigators: 3 shipmates found dead in less than 2 weeks
Naval Air Force Atlantic officials have not yet revealed what led to the deaths of three sailors in a nine-day period, all of whom were assigned to the aircraft carrier USS George Washington.

U.S. News // 1 month ago
Biden's sister Valerie touches on family's tragic past, 'mean' politics, Hunter in new memoir
Valerie Biden Owens, President Joe Biden's sister and adviser, releases a memoir on Tuesday that touches on a number of issues related to the Biden family -- including the 2020 election and the president's son Hunter.

Voices // 3 months ago
History shows pandemic can be deadly military adversary
Mobilizing for great power conflict is hard enough, but with a new variant of COVID-19 running rampant, the U.S. military would have its hands full if it had to fight tonight.

We always see Martha with a withered face in her old age. But she was quite a beautiful woman in her younger years, and Washington loved her deeply

There is no question that the possibility of violence directed at presidential candidates, especially Obama, is the elephant in the middle of the room

Threats emerge in presidential race May 27, 2008

George Washington (February 22, 1732  – December 14, 1799) was the dominant military and political leader of the new United States of America from 1775 to 1799. He led the American victory over Great Britain in the American Revolutionary War as commander-in-chief of the Continental Army in 1775–1783, and presided over the writing of the Constitution in 1787. The unanimous choice to serve as the first President of the United States (1789–1797), Washington presided over the creation of a strong, well-financed national government that stayed neutral in the wars raging in Europe, suppressed rebellion and won acceptance among Americans of all types. His leadership style established many forms and rituals of government that have been used ever since, such as using a cabinet system and delivering an inaugural address. Washington is universally regarded as the "Father of his Country".

Washington was born into the provincial gentry of a wealthy, well connected Colonial Virginia family who owned tobacco plantations. After his father and older brother both died young, Washington became personally and professionally attached to the powerful Fairfax family, which promoted his career as a surveyor and soldier. Washington quickly became a senior officer of the colonial forces during the first stages of the French and Indian War. Chosen by the Second Continental Congress in 1775 to be commander-in-chief of the Continental Army in the American Revolution, he managed to force the British out of Boston in 1776, but was defeated and nearly captured later that year when he lost New York City. After crossing the Delaware River in the dead of winter, he defeated the enemy in two battles, retook New Jersey, and restored momentum to the Patriot cause. Because of his strategy, Revolutionary forces captured two major British armies at Saratoga in 1777 and Yorktown in 1781. Historians give Washington high marks for his selection and supervision of his generals, his encouragement of morale and ability to hold together the army, his coordination with the state governors and state militia units, his relations with Congress, and his attention to supplies, logistics, and training. In battle, however, Washington was repeatedly outmaneuvered by British generals with larger armies. After victory had been finalized in 1783, Washington resigned rather than seize power, proving his opposition to dictatorship and his commitment to the emerging American political ideology of republicanism. He returned to his home, Mount Vernon, and his domestic life there, continuing to manage a variety of enterprises. Washington's final 1799 will specified all his slaves be set free.

Dissatisfied with the weaknesses of Articles of Confederation, Washington presided over the Constitutional Convention that drafted the United States Constitution in 1787. Elected as the first President of the United States in 1789, he attempted to bring rival factions together to unify the nation. He supported Alexander Hamilton's programs to pay off all state and national debt, implement an effective tax system, and create a national bank, despite opposition from Thomas Jefferson. Washington proclaimed the U.S. neutral in the wars raging in Europe after 1793. He avoided war with Great Britain and guaranteed a decade of peace and profitable trade by securing the Jay Treaty in 1795, despite intense opposition from the Jeffersonians. Although never officially joining the Federalist Party, he supported its programs. Washington's "Farewell Address" was an influential primer on republican virtue and a stern warning against partisanship, sectionalism, and involvement in foreign wars.

FULL ARTICLE AT WIKIPEDIA.ORG
This article is licensed under the GNU Free Documentation License.
It uses material from the Wikipedia article "George Washington."