WASHINGTON, May 7 (UPI) -- Rising concern over Chinese energy security and the nation's mounting investments in energy resources abroad have lent credence to the notion that China's central government operates a coordinated foreign energy policy -- what has been nicknamed "energy diplomacy" by some. But experts argue the term is misleading, as Chinese foreign policymakers have less control over energy decisions than do the nation's mammoth energy companies.

"I think there is quite conflicting evidence as regards which party is in the driver's seat," Linda Jakobson, senior researcher at the Finnish Institute of International Affairs, said during a recent talk at George Washington University's Elliot School in Washington. In her view, Chinese policymakers are "scrambling to keep abreast" of their nation's energy firms.

That's not a simple task, considering the companies' size. According to PFC Energy's 2008 ranking of the world's 100 largest listed oil and gas firms, PetroChina (a subsidiary of Chinese National Petroleum Corp.) and Sinopec claimed first and fifth places, with market capitalizations of $723.2 billion and $249.5 billion, respectively. That placed them ahead of companies such as Petrobras, BP, Total and Chevron, all of which occupied slots in the Top 20.

"In some cases, the companies ask the government to provide diplomatic support," she told UPI via e-mail. "In other cases, parts of the central government, such as the Ministry of Foreign Affairs, may not find out about the deal until it is done."

As such, Downs questions the concept of "energy diplomacy."

"I find the term to be misleading when it is used to implicitly or explicitly refer to a highly coordinated government-company strategy to acquire energy assets abroad," she said. "Although the central government has encouraged China's oil companies to invest abroad, it is the companies that are making the actual investment decisions."

Jakobson offered CNPC's involvement in Sudan as one example of profit-over-politics foreign investment. According to her, much of the oil that CNPC pumped in Sudan between 2001 and 2006 was not captured by China, but sold to other countries. Japan, for instance, imported more Sudanese oil than China in 2006.

While CNPC's Sudanese operations have been a commercial success for the company, they have not alleviated Beijing's security concerns.

Not only does this cast doubt on the "energy diplomacy" concept, it suggests an emerging tension between profit and politics. In a 2007 report, Downs warns: "The emerging rift between the commercial objectives of the companies and the political objectives of Beijing is likely to widen in the years to come."

In the meantime, commercial objectives seem to wield the most influence. According to a senior policymaker with whom Jakobson spoke off-the-record in January, Chinese energy companies' foreign operations have handicapped the nation's traditionally non-interventionist foreign policy and are nudging it toward one of "constructive interference" instead.

"In the case of Sudan, I would argue that the substantial investments of CNPC have contributed to China's changing position on non-intervention," she said. Beijing's feet-dragging at the United Nations regarding the unrest in Darfur has been widely publicized.

The government's arguably surprising backseat role is due to the long list of competing concerns demanding policymakers' attention, said Jakobson, such as securing reliable export markets and other natural resources.

"Formulating foreign policy to meet all of these objectives is sometimes not possible," she said.

"Energy and environmental issues have received increasing attention from China's leadership in recent years, primarily because of energy shortfalls and environmental degradation within China's borders," said Downs. But "where energy ranks in China's foreign policy priorities is going to vary over time and from country to country." 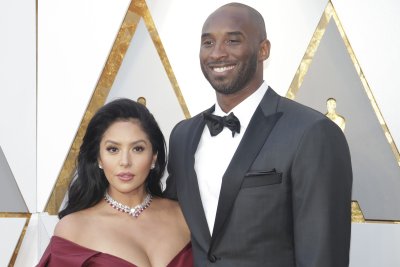