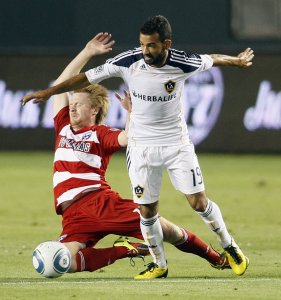 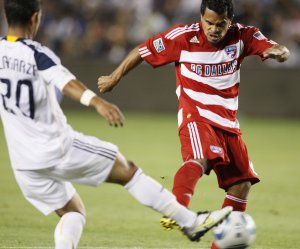 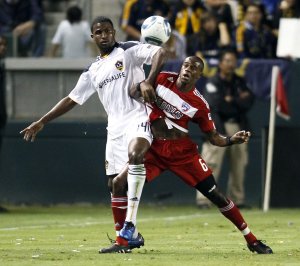 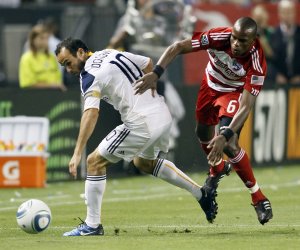 NBA // 1 year ago
NBA postpones 3 games after Milwaukee Bucks' boycott over Wis. shooting
The NBA has postponed all three games scheduled for Wednesday after the Milwaukee Bucks' decision to boycott Game 5 of their first-round playoff series against the Orlando Magic.

Soccer // 1 year ago
Nashville SC becomes second team to withdraw from MLS tournament
Nashville SC on Thursday was withdrawn from the "MLS is Back Tournament" after multiple positive coronavirus tests.

Soccer // 1 year ago
Winless Inter Miami favored over Orlando City in MLS Is Back opener
A new rivalry between Inter Miami CF and Orlando City SC will open Wednesday's MLS Is Back Tournament. The tournament marks the return for the league after a three-month suspension due to the coronavirus pandemic.

Soccer // 1 year ago
FC Dallas withdrawn from MLS tournament due to coronavirus
FC Dallas was forced to withdraw from the "MLS is Back Tournament" on Monday after numerous members of the club tested positive for the coronavirus.

Soccer // 1 year ago
FC Dallas shuts down soccer training after positive COVID-19 test
The return of the Major League Soccer season hit a roadblock after FC Dallas suspended its training sessions after one of their players tested positive for the coronavirus.

FC Dallas is an American professional soccer club based in the Dallas suburb of Frisco, Texas which competes in Major League Soccer (MLS), the top professional soccer league in the United States of America and Canada. It is one of the ten charter clubs of MLS, having competed in the league since its inception, and was known as Dallas Burn prior to the 2005 season.

Dallas plays its home games at the 20,500 capacity soccer-specific Pizza Hut Park, where they have played since changing their name in 2005. The team is owned by MLS investor Clark Hunt, who also owns the Columbus Crew and the National Football League's Kansas City Chiefs. Dallas's current head coach is former Southern Methodist University coach Schellas Hyndman.

On April 14, 1996, the Dallas Burn defeated the San Jose Clash in a shootout win in front of a crowd of 27,779 fans at the Cotton Bowl. The Burn with Jason Kreis and coach Dave Dir, would become one of MLS's better teams as they used a midseason 5-game winning streak to earn their first playoff berth with a record of 17-15. In the playoffs, the Burn would be defeated by the Kansas City Wiz in three games. The Burn started the season with mixed results. Late in the season they used a 4-game winning streak to make the playoffs. They ended their season with a .500 record of 16-16. In the playoffs, the Burn defeated and swept the Los Angeles Galaxy without conceding a goal. But in the next round, they would be defeated by the Colorado Rapids. The Burn would win the US Open Cup by defeating the MLS Cup Champion D.C. United.

FULL ARTICLE AT WIKIPEDIA.ORG
This article is licensed under the GNU Free Documentation License.
It uses material from the Wikipedia article "FC Dallas."