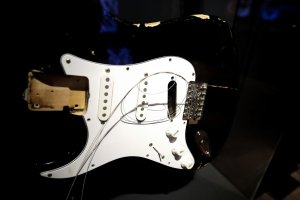 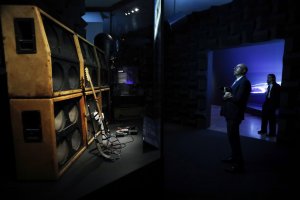 TV // 10 months ago
Lorde on revealing album art: 'Do it while you've got it'
Lorde discussed her new album "Solar Power" and the inspiration behind the project's revealing cover while appearing on "The Late Show with Stephen Colbert."

TV // 11 months ago
Jon Stewart to be Stephen Colbert's first guest when he returns to NYC studio
Jon Stewart will be the first in-studio guest for "The Late Show with Stephen Colbert" when it returns with a live audience to the Ed Sullivan Theater on Monday, CBS announced.

Entertainment News // 1 year ago
Hal Holbrook, Mark Twain actor, dead at 95
Actor Hal Holbrook, who was best known for portraying writer Mark Twain in a one-man show, has died at the age of 95.

Entertainment News // 2 years ago
Jerry Stiller, comedian and 'Seinfeld' star, dead at 92
Jerry Stiller, an actor and comedian whose long career included roles in "Seinfeld" and "The King of Queens," has died at age 92.

Entertainment News // 2 years ago
In memoriam: Celebrity deaths of 2019
2019 saw the unexpected deaths of rising music and TV stars in their 20s, as well as beloved, seasoned entertainers.

Edward Vincent "Ed" Sullivan (September 28, 1901 – October 13, 1974) was an American entertainment writer and television host, best known as the presenter of a popular TV variety show called The Ed Sullivan Show that was popular in the 1950s and 1960s.

A former boxer, Sullivan began his media work as a newspaper sportswriter. When Walter Winchell, one of the original gossip columnists and the most powerful entertainment reporter of his day, left the newspaper for the Hearst syndicate, Sullivan took over as theater columnist for The New York Graphic and later for The New York Daily News. His column concentrated on Broadway shows and gossip, as Winchell's had and, like Winchell, he also did show business news broadcasts on radio. Sullivan soon became a powerful starmaker in the entertainment world himself, becoming one of Winchell's main rivals, setting the El Morocco nightclub in New York as his unofficial headquarters against Winchell's seat of power at the nearby Stork Club. Sullivan continued writing for The News throughout his broadcasting career and his popularity long outlived that of Winchell.

In 1948, the CBS network hired Sullivan to do a weekly Sunday night TV variety show, Toast of the Town, which later became The Ed Sullivan Show. Debuting in June 1948, the show was broadcast from CBS Studio 50, at 1697 Broadway (at 53rd Street) in New York City, which in 1967 was renamed the Ed Sullivan Theater (and is now the home of The Late Show with David Letterman).

FULL ARTICLE AT WIKIPEDIA.ORG
This article is licensed under the GNU Free Documentation License.
It uses material from the Wikipedia article "Ed Sullivan."