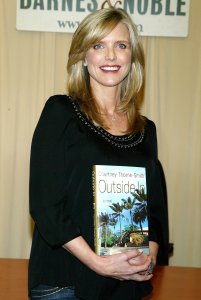 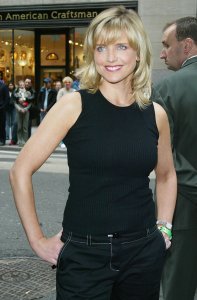 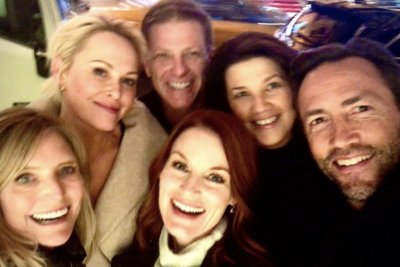 Top News // 3 years ago
The Almanac
On Nov. 8, 1923, Adolf Hitler leads a failed attempt to overthrow the German government in what has become known as the Beer Hall Putsch. Hitler was quickly arrested and charged with treason.

Courtney Thorne-Smith (born November 8, 1967) is an American actress. She is best known for her portraying of Alison Parker on Melrose Place, Georgia Thomas on Ally McBeal, and Cheryl in According to Jim.

She was born in San Francisco, California, and grew up in Menlo Park, a suburb south of the city. Her father, Walter Smith, was a computer market researcher and her mother was a therapist. They divorced when she was 7, and she lived with both at different stages. She attended Menlo-Atherton High School in Atherton, California, and graduated from Tamalpais High School in Mill Valley, California, in 1985. She also performed with the Ensemble Theater Company in Mill Valley while attending high school.

Thorne-Smith made her first film appearance in the 1986 feature film drama Lucas alongside Winona Ryder, Corey Haim, and Charlie Sheen. She was also involved in a number of movies in the late 1980s, such as Summer School (1987), Revenge of the Nerds II: Nerds in Paradise (1987), Side Out (1990), and Chairman of the Board (1998).

FULL ARTICLE AT WIKIPEDIA.ORG
This article is licensed under the GNU Free Documentation License.
It uses material from the Wikipedia article "Courtney Thorne-Smith."
Back to Article
/