In 1793, the Louvre in Paris, containing one of the world's richest art collections, became a public museum after two centuries as a royal palace.

In 1988, U.S. Vice President George H.W. Bush was elected the 41st president of the United States.

In 2009, floods and mudslides in El Salvador killed at least 91 people and forced thousands to evacuate.

In 2011, remains of U.S. soldiers were mishandled and body parts were lost at Dover Air Force Base in Delaware, a scathing Washington report concluded. Three senior officials at the base were disciplined following an 18-month investigation.

A thought for the day: Author George Sand wrote, "We cannot tear out a single page of our life but we can throw the whole book in the fire." 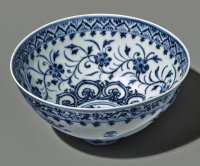 Odd News // 13 hours ago
Passenger flight turns around in Sudan when stowaway cat attacks pilot
March 3 (UPI) -- A passenger plane in Sudan turned back 30 minutes into the flight and made an emergency landing when a stray cat stowaway caused a ruckus in the cockpit.