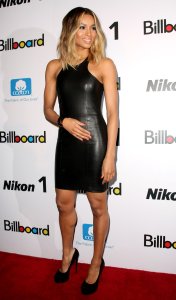 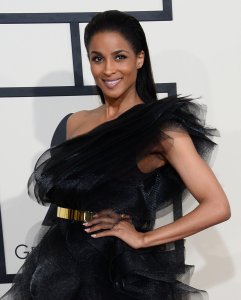 Entertainment News // 2 weeks ago
What to stream New Year's weekend: Countdown specials, 'Cobra Kai'
Celebrities and musical guests will be counting down to 2021 across various specials, "Cobra Kai" kicks into high gear with its third season and "RuPaul's Drag Race" enters into Season 13 this holiday weekend.

Ciara Princess Harris (born October 25, 1985), known mononymously as Ciara (pronounced /siːˈɛrə/, see-ERR-ə),[1] is an American singer, songwriter, record producer, dancer, actress and fashion model. Born in Austin, Texas, she traveled around the world during her childhood, eventually moving to Atlanta, Georgia where she joined the girl group Hearsay; however, the group disbanded after having differences. It was at this time Ciara was noticed for her songwriting. In 2002, Ciara met music producer Jazze Pha. With his help, she signed a record deal with LaFace Records.

FULL ARTICLE AT WIKIPEDIA.ORG
This article is licensed under the GNU Free Documentation License.
It uses material from the Wikipedia article "Ciara."
Back to Article
/