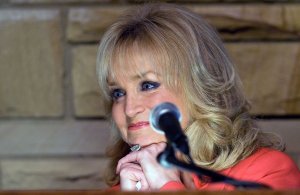 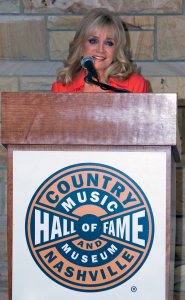 Irby Mandrell was my manager as well as my Daddy over my 38-year career. He taught me, guided me and directed me. It is his name, Mandrell, that I am blessed to have, and it's the gracious loving public and fans that made our name known and popular

More Than the Music Live: An All-Star Tribute to Dottie Rambo

More Than the Music Live: An All Star Tribute to Dottie Rambo

Barbara Ann Mandrell (born December 25, 1948) is an American country music singer best-known for a 1970s–1980s series of Top 10 hits and TV shows that helped her become one of country's most successful female vocalists of the 1970s and 1980s. She was inducted into the Country Music Hall of Fame in 2009.

Mandrell's first No. 1 hit was 1978's "Sleeping Single in a Double Bed" and immediately followed by "(If Loving You Is Wrong) I Don't Want to Be Right" in early 1979. In 1980, "Years" also reached No. 1. She added one more chart topper in each of the next three years. "I Was Country When Country Wasn't Cool" (her signature song), then "'Till You're Gone" and "One of a Kind, Pair of Fools"— all hit number one between 1981 and 1983, a period during which Mandrell also received numerous industry awards and accolades.

FULL ARTICLE AT WIKIPEDIA.ORG
This article is licensed under the GNU Free Documentation License.
It uses material from the Wikipedia article "Barbara Mandrell."
Back to Article
/