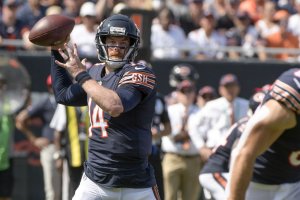 NFL // 3 months ago
Chiefs fans donate more than $250K to Buffalo children's hospital after playoff win
Just days after Kansas City handed the Bills one of the most crushing playoff losses in franchise history, Chiefs fans raised more than $250,000 for the Buffalo community.

Andrew Grant Dalton (born 16 November 1951 in Dunedin, New Zealand) is an ex-All Blacks rugby union player who captained the side 17 times in tests. He is a second-generation All Black; his father Ray played in two All Blacks tests in the late 1940s.

Although born in Dunedin, he was schooled at Selwyn College in Auckland (not to be confused with Selwyn College at the University of Otago), playing for the school's first team in 1968 and 1969 as a prop. He then returned to the South Island, enrolling at Lincoln College (then a part of the University of Canterbury) to study for a Bachelor of Agricultural Science. While there, he converted to hooker, and represented Canterbury at under-20 and senior reserve level.

After graduating, he returned to Auckland, playing for the senior B side at the Eastern club. In 1975, he moved to Pukekohe to start a career as a farm adviser, and won representative selection for the first time at Counties Manukau. The following year, which was the first of the National Provincial Championship (the predecessor to today's Air New Zealand Cup), he was named captain at Counties.

FULL ARTICLE AT WIKIPEDIA.ORG
This article is licensed under the GNU Free Documentation License.
It uses material from the Wikipedia article "Andy Dalton."