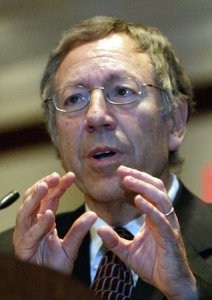 Voices // 3 years ago
What to do with Confederate statues? See what Russia did
Could Russia teach us something about how to deal with difficult aspects of our national history?

Top News // 4 years ago
The Almanac
On Dec. 22, 1944, ordered to surrender by Nazi troops who had his unit trapped during the Battle of the Bulge, Gen. Anthony McAuliffe of the U.S. 101st Airborne Division replied with one word: "Nuts!"

Top News // 4 years ago
The Almanac
On Dec. 14, 1911, Norwegian explorer Roald Amundsen became the first person to reach the South Pole. The world would have to wait until March 7, 1912 before learning of Amundsen's triumphant feat.

Andrei Dmitrievich Sakharov (Russian: Андре́й Дми́триевич Са́харов; May 21, 1921 – December 14, 1989) was a Soviet nuclear physicist, dissident and human rights activist. Sakharov was an advocate of civil liberties and reforms in the Soviet Union. He was awarded the Nobel Peace Prize in 1975.

Sakharov was born in Moscow on May 21, 1921. His father was Dmitri Ivanovich Sakharov, a private school physics teacher and an amateur pianist. His father later taught at the Second Moscow State University. Dmitri's grandfather Ivan had been a prominent lawyer in Tsarist Russia who had displayed respect for social awareness and humanitarian principles (including advocating the abolition of capital punishment) that would later influence his grandson. Sakharov's mother was Yekaterina Alekseyevna Sakharova (née Sofiano and of Greek ancestry). His parents and his paternal grandmother, Maria Petrovna, largely shaped Sakharov's personality. Although his paternal great-grandfather had been a priest in the Russian Orthodox Church, and his pious mother did have him baptised, his father was an atheist and religion did not play an important role in his life, though he did believe that a non-scientific "guiding principle" governed the universe and human life.

Sakharov entered Moscow State University in 1938. Following evacuation in 1941 during the Great Patriotic War (World War II), he graduated in Aşgabat, in today's Turkmenistan. He was then assigned laboratory work in Ulyanovsk. During this period, in 1943, he married Klavdia Alekseyevna Vikhireva, with whom he raised two daughters and a son before she died in 1969. He returned to Moscow in 1945 to study at the Theoretical Department of FIAN (the Physical Institute of the Soviet Academy of Sciences). He received his Ph.D. in 1947.

FULL ARTICLE AT WIKIPEDIA.ORG
This article is licensed under the GNU Free Documentation License.
It uses material from the Wikipedia article "Andrei Sakharov."
Back to Article
/