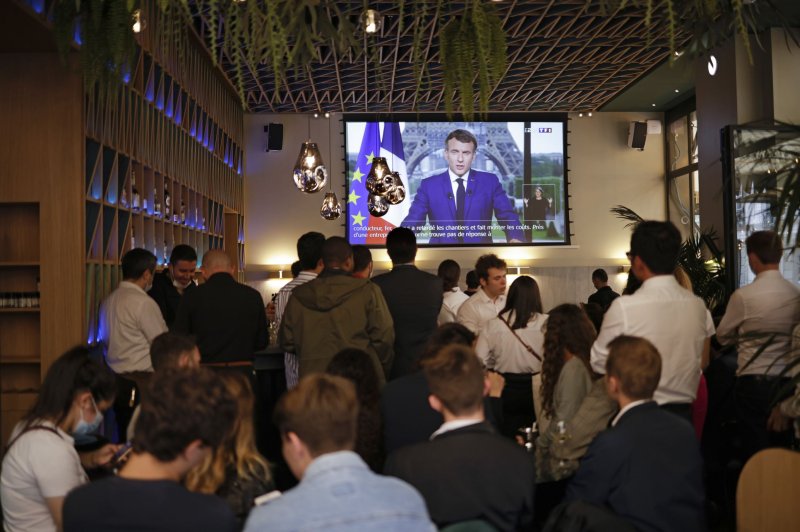 July 12 (UPI) -- French President Emmanuel Macron on Monday tightened COVID-19 restrictions in the country and mandated that health workers be vaccinated in a bid to battle a surge of new infections.

Speaking on national television, Macron said that while France has "succeeded in controlling the epidemic" due to a national vaccine rollout, a new wave linked to the highly contagious Delta variant is necessitating new measures.

"If we don't act now, case numbers and hospital numbers will rise," he said.

During the recent surge, France has seen new cases rise to around 4,200 per day, although just four people died from COVID-19 on Sunday, according to health officials.

Around 7,000 people were hospitalized with COVID-19 as of Monday.

Macron said that beginning Monday, vaccinations for health workers and non-medical staff at nursing homes and hospitals will become compulsory.

Also, beginning next month, COVID-19 "extended health passes" -- indicating that the carrier has either been vaccinated, has tested negative or has recovered from COVID-19 -- will be necessary to board trains and planes or to enter nightclubs, bars and restaurants in France, the president announced.

"Our choice is simple: to put the restrictions on the unvaccinated rather than on all," he said.

The president said vaccinations for the general public will remain voluntary "for now."

Reactions from Macron's political opponents was swift and negative.

Marine Le Pen, president of the right-wing National Rally and a French presidential candidate, cited what she called "Macron's roadmap" -- a "serious decline in individual freedoms, deconstruction of the state, liquidation of our social protection system.

"It is again the French who will pay for the improvidence and incompetence of our leaders."